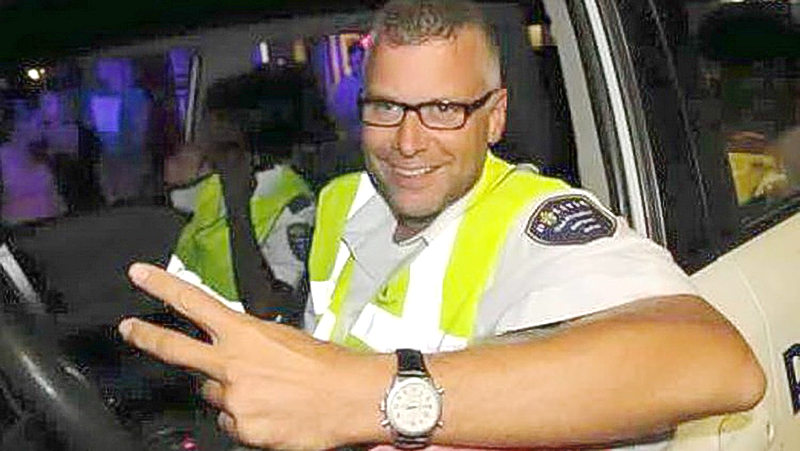 BONAIRE–The killer of Dutch policeman Ferry Bakx in Bonaire was sentenced to nineteen years in prison on Wednesday in the “Drum” case.

Venezuelan Nitzael Padilla Gutierrez (21) and five compatriots were brought to the island for armed robberies on private homes. They had been in the process of committing one at Sabadeco on August 17 when the late officer was shot dead while responding to a call for help.

However, the local man Rachyt S. who hired the criminals in the first place was given an even stiffer sentence of 20 years behind bars. The judge held him chiefly accountable for what happened and said he “let them do the dirty work while he stayed out of sight.”

The defendant also tried to deny responsibility by saying he was only involved in the cocaine found with the suspects, not the robberies.

Padilla Gutierrez, on the other hand, admitted having been the triggerman and showed remorse. The killer fired his gun at Bakx while the robbers were trying to escape because he had to get past him and out of fear that the officer would shoot his younger cousin, who was also part of the gang.

According to the court, this situation cannot be compared to the shooting death of policeman Gamali Benjamin on Front Street in St. Maarten, because the culprit in that case failed to confess and did not appear sincere in his apology, so the chance of a repeat crime was bigger too.

The other five Venezuelans got between 12 and 18 years imprisonment. The one who tried to calm down the child of the household they were robbing received the lowest sentence.