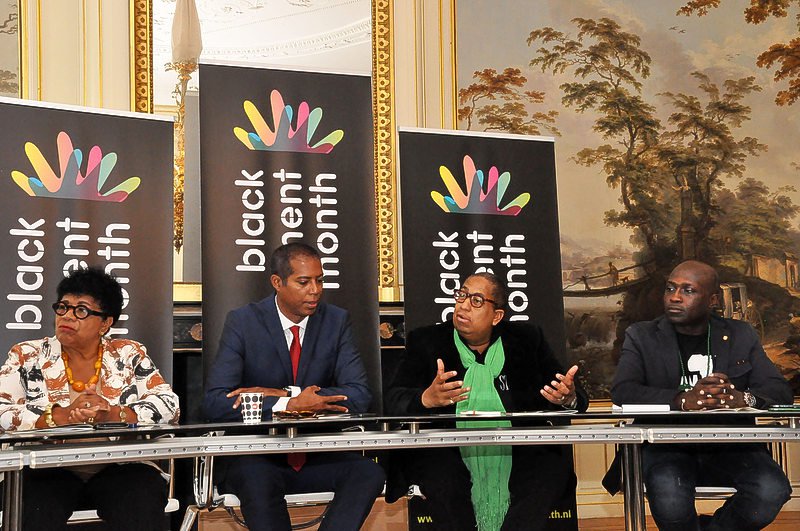 AMSTERDAM–The United States and Canada have their Black History Month in October, the United Kingdom in October, and from now on the Netherlands will have its own version: the Black Achievement Month dedicated to the unsung heroes and role models. The pilot was launched in Amsterdam on Friday.

Throughout October, there will be multiple events mostly in Amsterdam and The Hague, which will focus on the positive developments and role models in the Afro-Caribbean community, to highlight the achievements of this often undervalued group, and to draw attention to the joint past, nowadays and future.

The programme of the Black Achievement Month from October 1-31, presented by the Netherlands Institute of the Dutch Slavery Past and its Legacy NiNsee, is extensive, diverse and ambitious especially when one considers that it is organised for the very first time. Talks are taking place to extend the event to Suriname and Curaçao.

NiNsee representatives, project leader John Leerdam and programme coordinator Otmar Watson proudly presented the 2016 programme at the Amsterdam Archives, coincidentally located in the historic building of the former bank of the West Indian Company, the company that traded slaves in the 17th and 18th century. The NiNsee has an office in this building.

“The work of NiNsee and many in the black community are fairly unknown. Where are our heroes, our role models on national TV, in the media? We decided that it is up to us to create a podium ourselves, a place where we can put our heroes on a pedestal,” said NiNsee Chairman Antoin Deul.

“We want to give the proper attention to those who work very hard in education, health care, social work, science and the justice sector. They greatly contribute to our society, yet they receive little recognition,” said NiNsee Vice-Chairperson Joyce Overdijk-Francis.

The programme of Black Achievement Month is a mix between persons who are well-known and those who are fairly unknown. The programme booklet was released on Friday, as were the posters. The website www.blackachievementmonth.nl and the FaceBook page were launched on that day as well.

NiNsee specifically opted for a Black Achievement Month, and not a Black History Month because the organisation doesn’t only want to look at the past, but it also wants to embrace the current times and the future.

Education is the red thread in the Black Achievement Month, said John Leerdam. “We don’t only want to educate the native Dutch people and ethnic groups, but we also want to expand the awareness of our own people. A lot remains unknown and therefore underappreciated. Politics has nothing to do with this: this ours,” said Leerdam.

The organisors are convinced that the Black Achievement Month will have a positive effect on the connection and inclusivity within the Dutch society. “The awareness of the black community is

growing in our society. The Black Achievement Month is part of that: it bonds people. Everyone is welcome,” said Chairman Deul.

The official opening takes place in Amsterdam next week Sunday. The Municipality Amsterdam, the Ministry of Social Affairs and Labour in The Hague, the Mondriaan Fund and the Amsterdam Fund for the Arts are main sponsors.