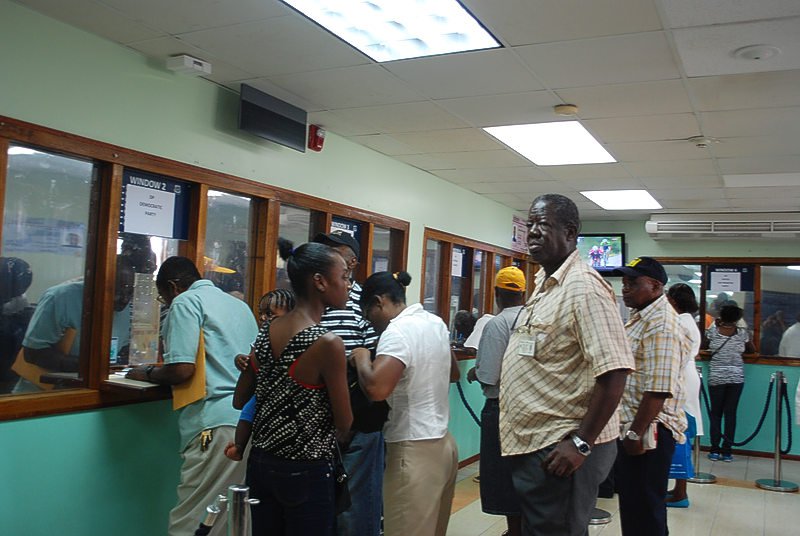 The endorsement of lists in 2014, when each window was designated for a particular party. This will not occur for this election. On Tuesday, a voter can go to any window to endorse any list. (File photo)

PHILIPSBURG–Voters heading to the Civil Registry Department on Tuesday to endorse the lists of the five new political parties will not have to select a specific window to do so any longer. They will be able to go to any window to sign for the party of their choice, giving their voting or support preference anonymity.

Main Voting Bureau Chairman Jason Rogers told The Daily Herald, “There will not be assigned windows per party. [Consequently – Ed.] the persons standing at the Civil Registry will not see what list you are endorsing.”

The practice had been that each party in need of endorsement was assigned a window. This was the case for the 2014 Parliamentary election. A number of voters had expressed discontent with the designated window system.

Only parties without a seat in the current Parliament require the endorsement of 146 voters. That number represents one per cent of the number of eligible votes cast in the last election. Parties in need of endorsement are Helping Our People Excel (HOPE), St. Maarten Christian Party (SMCP), One St. Maarten Party (OSPP), People’s Progressive Alliance (PPA), and St. Maarten Development Movement (SDM). 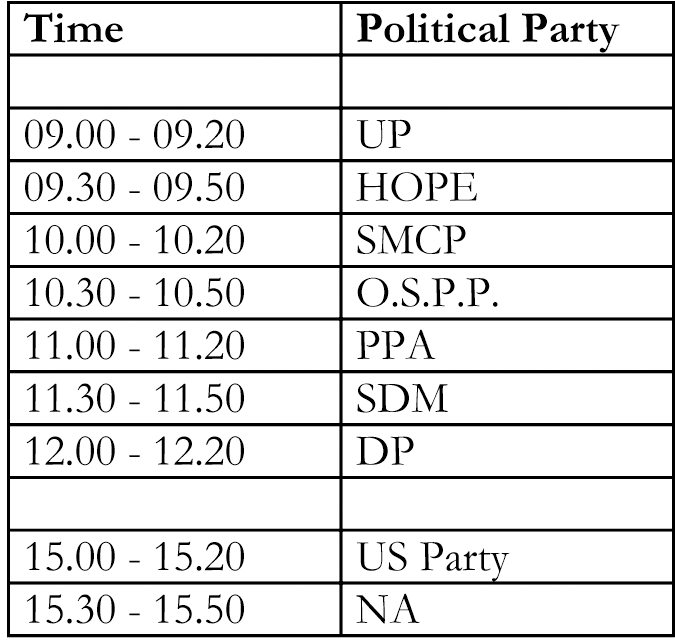 The endorsement of the candidates lists will take place at the Civil Registry on Pond Island on Tuesday, from 9:00am to 4:00pm. The Department will be closed for its customary services on that day “due to the excessive number of persons that this process will generate,” the Department announced on Friday.

Parking will be prohibited on the premises of the Civil Registry and Receiver’s Office on Tuesday.