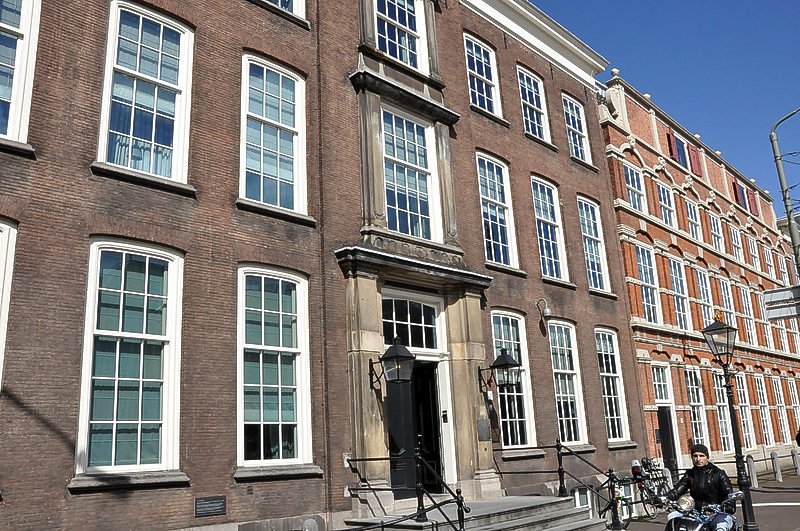 THE HAGUE–Aruba resident Lincoln Gomez lost his appeal at the Council of State in the Netherlands in an effort to obtain voting rights for the March 2017 elections of the Second Chamber of the Dutch Parliament. Wednesday’s ruling in this test case confirms that chances are next to nothing that the voting rights for the Dutch elections will (ever) be extended to the Dutch Caribbean countries.

Three judges of the Council of State found the appeal ungrounded of Aruba resident and lawyer Gomez who, together with partner lawyer and Member of the Aruba Parliament Andin Bikker of the PDR party, sought to nullify the decision of Dutch Minister of Home Affairs and Kingdom Relations Ronald Plasterk to deny Gomez voting rights for the upcoming elections. They did so as a test case in an effort to have the voting rights for the Second Chamber extended to the islands.

According to the Council of State, the Minister was within his rights when in November last year he rejected the applicant’s request, filed in October. The Dutch Electoral Law states that an exception can only be made for residents of Aruba, Curaçao and St. Maarten with the Dutch nationality who have lived in the Netherlands for ten years or more.

The applicant Gomez considered it unjust that he was not allowed to vote for the Second Chamber just because he resided in Aruba, while The Hague did have a considerable influence on the islands through the “externally binding” decisions of the Kingdom Council of Ministers as a “legislative body.”

Gomez and Bikker argued during the handling of the appeal at the Council of State in The Hague on January 16, 2017 that the instrument of the General Measure of the Kingdom Government (“Algemene Maatregel van Rijksbestuur” AMvRB) was increasingly used to intervene in Aruba’s legal order, and that this affected him as citizen.

In his opinion, he should be allowed to vote in the Dutch elections because the Kingdom Council of Ministers was only accountable to the Second Chamber and not to the Parliaments of the Dutch Caribbean countries.

However, the Council of State didn’t buy this argument, and neither did find the applicant’s argument convincing that there were insufficient control systems in place for the Kingdom Government without the presence of a Dispute Regulation (“geschillenregeling”) for the Kingdom.

“The absence of a Dispute Regulation is irrelevant. If it was indeed the case that there has been an intensifying of acts by the Kingdom, then these only take and took place within the unchanged context of the Charter. The Minister rightfully stated that the Dispute Regulation isn’t meant to enlarge Aruba’s influence on decision-taking. This argument fails,” the Council stated in its ruling. In this regard, the Council referred to the Charter which states that the Kingdom consists of four autonomous countries.

The Council remarked that the subject of kingdom relations was “relatively small” in comparison with the internal authorities of the countries within the Kingdom. Therefore the Council found it unjustified to place Aruba residents on equal footing with residents of the Netherlands where it concerned having an influence on Dutch internal matters.

Because the applicant Gomez had not resided in the Netherlands for ten years or more, Minister Plasterk turned down his request to obtain voting rights. He did not agree and filed an appeal at the Council of State, as a test case. Bikker spoke on Gomez’ behalf during the handling last week.

According to Bikker and Gomez, the Minister wrongfully stuck to the condition that only Dutch citizens of Aruba, Curaçao and St. Maarten who had lived in the Netherlands for ten years or more were allowed to vote, thereby violating the European Convention on Human Rights ECHR. However, the Council disagreed and referred to a 2006 decision in which the Council of State ruled that the excluding of Dutch Caribbean residents from the Dutch Parliamentary elections was not against the ECHR.

The representative of the Minister explained during the handling on January 16 that the Dutch Caribbean countries were able to share their influence on the Kingdom Government via their Ministers Plenipotentiary who take part in the meetings of the Kingdom Council of Ministers and can submit Kingdom law proposals to the Second Chamber.

The Council of State agreed with this point regarding the representation and influence of the Dutch Caribbean countries through their Ministers Plenipotentiary and special delegates of their Parliaments. “The Charter provides sufficient in the democratic legitimised input of residents of the countries by the different entities of the countries where it regards Kingdom legislation.”

In a reaction, Bikker and Gomez said that they were disappointed in the Council’s ruling and announced that they would take their test case to the European Court for Human Rights in Strasbourg. “We had expected more content from the Council of State,” said Bikker.