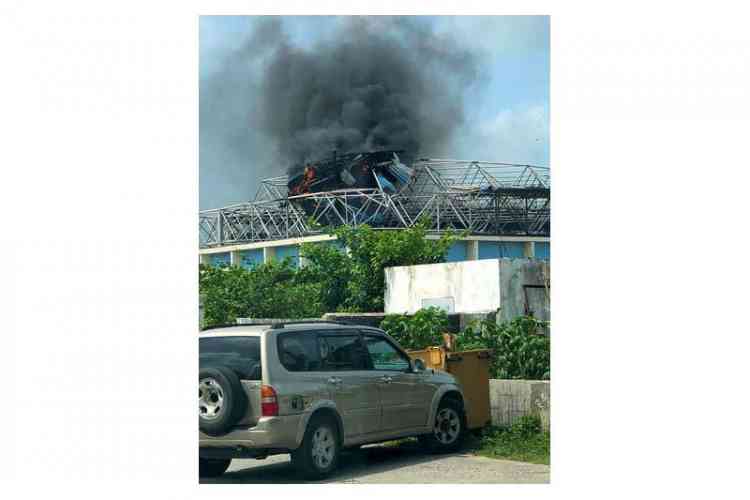 A roof on fire Thursday.

MARIGOT–A video circulating on social media Thursday morning showed horrific scenes of a helicopter capsized in smoke on top of a damaged Omnisports Hall in Galisbay. However, the video is fake, according to authorities.

Gendarmerie Commandant Sébastien Manzoni informed the media on Thursday evening that he had received reports about the so-called helicopter crash in Galisbay, but they were not true. “This is false news,” he stated.

The Daily Herald understands that the roof of a building nearby was on fire, but was put under control quickly by workers who were working on the building. The Gendarmerie is asking the public to stop sharing and forwarding the fake video.