Home Headlines & Top Stories No more flights from Canada, US to Caribbean Netherlands | THE DAILY... 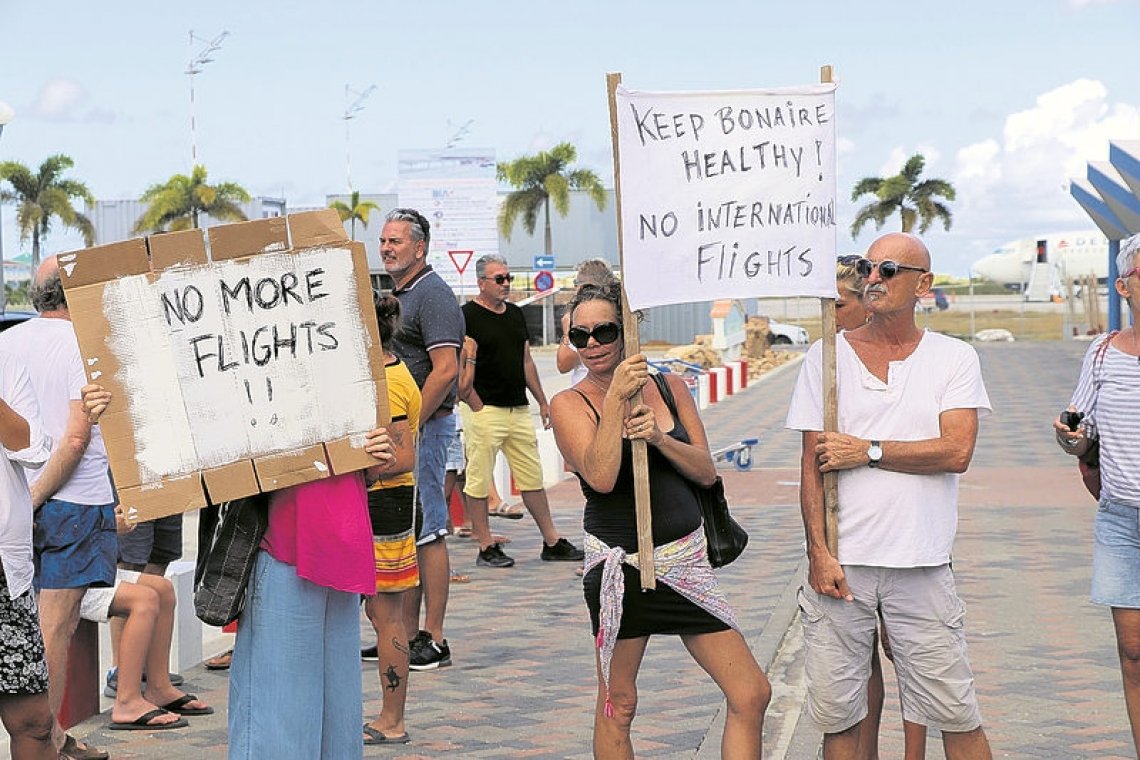 Protestors at Bonaire’s Flamingo Airport on Sunday demanded a ban on flights from the US, Canada, Colombia and the Dominican Republic.

THE HAGUE–Following a protest at the Bonaire airport and a request of the Public Entity Bonaire, the Dutch government on Monday imposed a prohibition of flights from the United States (US), Canada, Colombia and the Dominican Republic to the Caribbean Netherlands.

Minister of Medical Care and Sports Bruno Bruins and Minister of Infrastructure and Water Management Cora van Nieuwenhuizen-Wijbenga informed the Second Chamber of the Dutch Parliament per letter on Monday that the existing flight prohibition would be expanded to include the US, Canada, Colombia and the Dominican Republic per March 16, 6:00pm Dutch time.

The measure will be valid until March 27, unless the Minister of Infrastructure and Water Management decides to extend it. On March 14, the Dutch government already decided to ban passenger flights from continental Europe to Bonaire, St. Eustatius and Saba.

The Public Entity Bonaire had requested to expand the flight ban with the four countries. The Netherlands National Institute for Public Health and the Environment RIVM advised positively.

People in Bonaire held a protest at the airport on Sunday afternoon calling for a ban on all flights and not just those from Europe as announced by the Dutch government. The protestors reminded authorities of the health risk that people in Bonaire faced with incoming flights not only from Europe, but also from the US, Canada, Colombia and the Dominican Republic.

Earlier that day there had been 11 incoming passengers – all local residents – on a Royal Netherlands Airlines KLM plane that was supposed to come empty only to pick up its passengers living in the Netherlands, so they wouldn’t be left stranded on the island. Island Governor Edison Rijna spoke of regrettable misunderstanding.