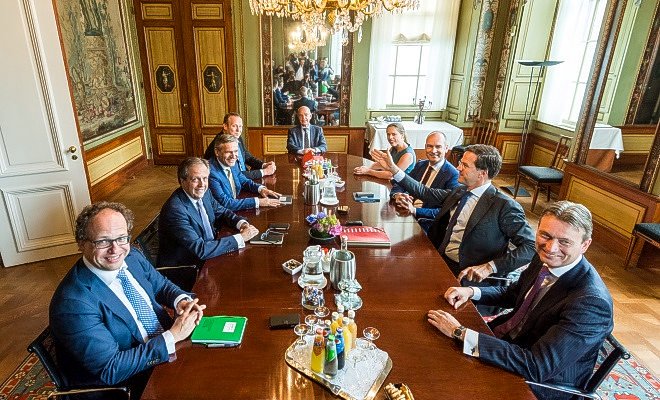 THE HAGUE–A new Dutch Government is not likely to be formed before Budget Day on September 19. The formation talks are progressing, but will take at least another couple of weeks, “Informateur” Gerrit Zalm informed the Second Chamber of the Dutch Parliament on Monday.

In his letter to Second Chamber President Khadija Arib, Zalm explained that the Central Planning Bureau (CPB) needs time to calculate the financial consequences of the plans that are on the table in the formation talks between the liberal democratic VVD party, the Christian Democratic Party CDA, the Democratic Party D66 and the ChristianUnion.

On the request of four opposition parties in the Second Chamber, President Arib had asked Zalm on August 25 to give an update on the formation of a new Government, also in light of the upcoming Budget Day and the subsequent general political debate in Parliament.

Zalm stated that the work to form a new Government is progressing, but that the preparations to send the disposition to the CPB have not been concluded as yet. The CPB will take about a week for the calculation once it has received the relevant documents.
The CPB calculation can result in an adaption of the financial disposition, after which a governing accord could be signed once the four parties have agreed. The subsequent step would be a debate in the Second Chamber which could result in the appointment of a “Formateur.”

“Based on these factors, I don’t think it is probable that a new Government will have been formed with the VVD, CDA, D66 and CU before the third Wednesday in September,” stated Zalm. The formation talks resumed on August 9 after a vacation period of three weeks. The four parties have been negotiating since June 28.

This means that the current caretaker Government, consisting of the VVD and the Labour Party PvdA, will continue to govern for at least another three weeks and be in charge of presenting the 2018 budget on Budget Day, traditionally on the third Tuesday of September, known as “Prinsjesdag” in the Netherlands.