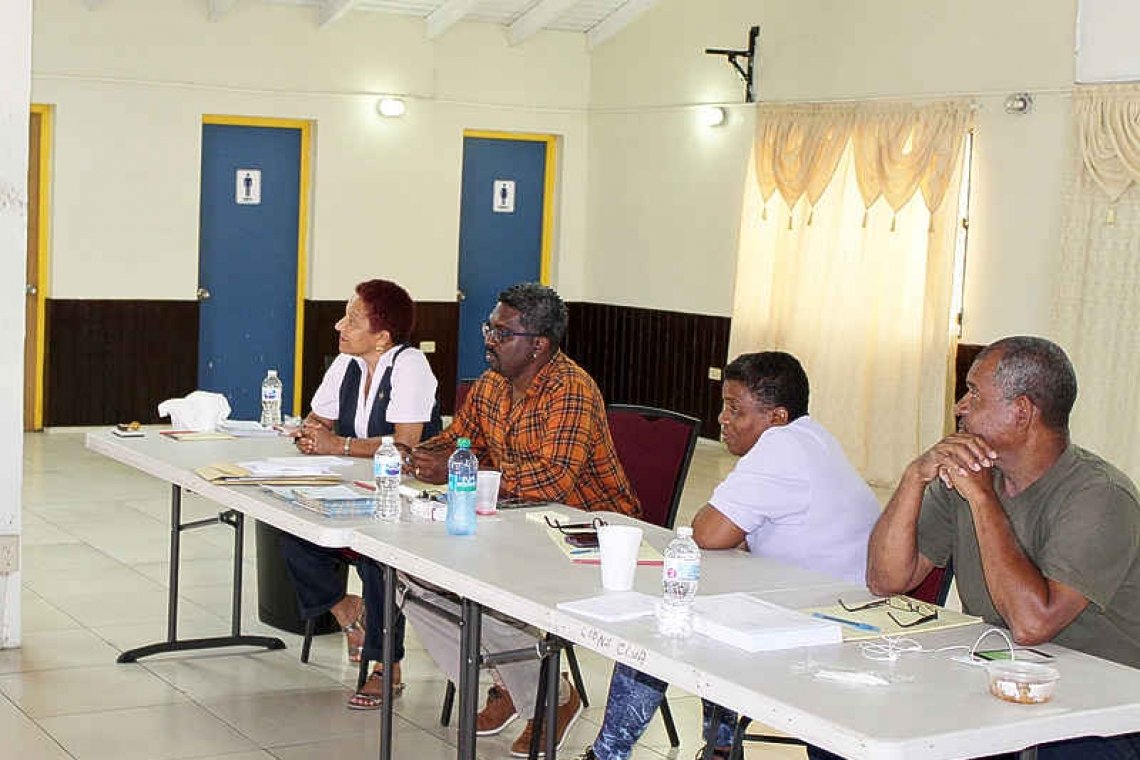 St. Eustatius Central Voting Bureau members during the election for the Electoral Council in 2019. (File photo)