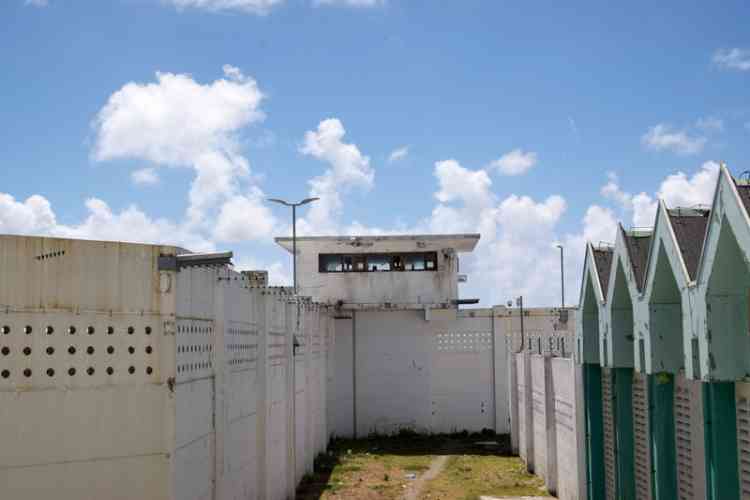 THE HAGUE–Dutch State Secretary of Home Affairs and Kingdom Relations Raymond Knops is not in favour of using the Recovery Fund, financed by the Netherlands, for the construction of a new St. Maarten prison.

He stated this in a letter to the Second Chamber of the Dutch Parliament on Thursday regarding his visit to St. Maarten on February 8 and 9. In St. Maarten, the State Secretary met with interim Prime Minister Leona Romeo-Marlin and interim Minister of Justice Cornelius de Weever in the setting of a Ministerial Consultation.

During this meeting, which served to discuss the most recent report of the St. Maarten Progress Committee, Knops informed the Prime Minister and Minister that he was not in favour of financing the construction of a new prison from the Recovery Fund in case the St. Maarten Government decided it wanted to build a new penitentiary.

“The Pointe Blanche Prison was already in a bad state before the hurricanes and the amounts associated with the new construction would put a disproportionate burden on the means that are meant for the island’s reconstruction,” stated Knops, who added that the Ministers met his standpoint with understanding.

Minister De Weever informed the State Secretary that he was planning to bring in external expertise to assess the feasibility of the construction of a new prison and to achieve a more sustainable organisation and management of the prison. The World Bank can assist with financial know-how and expertise.

“The damage to the prison is great. Not only the visible damage is great, especially the infraction to the building’s structure by cracks makes it unlikely that renovation is an option. Seventy persons are kept detained with the a lot of effort of personnel and the tolerance of the prisoners, but it is not responsible to maintain this situation for long,” stated the Progress Committee in its report.

According to the Committee, there is a great urgency to start the execution of this project shortly after decision-taking by the St. Maarten Government. In this regard, the Committee mentioned that that the temporary measures which were taken after the hurricanes, including the transfer of a number of prisoners to detention facilities abroad, were lasting longer than originally agreed upon.

During the Ministerial Consultation, Knops, Romeo-Marlin and De Weever also discussed two other recommendations of the Committee: the appointment of a programme manager for the process of constructing a new prison and the urgent need to establish the function books of the prison personnel and members of the St. Maarten Police Force KPSM.
The two Ministers and the State Secretary further discussed the law enforcement conference that was held in St. Maarten on January 21 and 22, Knops stated in his letter to the Dutch Parliament.

During this conference, which was facilitated by the Ministry of Home Affairs and Kingdom Relations BZK, the involved St. Maarten law enforcement services and the Dutch Ministries set the outline for the plan of approach regarding the execution of increased border control.
Plans of approach were also drafted for the reconstruction of the damage to the law enforcement sector caused by the hurricane and the further development of the police force and the prison.

“The Minister of Justice and I agreed that the conference went well and that there was much willingness of the different departments to strengthen the cooperation. I have urged the St. Maarten Government to take swift decisions on the plans of approach for the police force and prison in order to establish where in the short term reconstruction is needed after the hurricanes.”

Knops stated that he has received the approved plan of approach regarding the police force and promised to respond to this within short. He said he hadn’t received the plan of approach for the prison as yet. Dutch Minister of Justice and Security Ferdinand Grapperhaus and State Secretary Knops are planning to visit St. Maarten late April.

In his letter to the Parliament, Knops also provided details on his visit to St. Maarten earlier this month. The two-day visit mainly served to meet with the new interim government and to see the first projects that are being financed from the early recovery phase of the Dutch Reconstruction Fund.

The agreement with the World Bank to oversee the execution of the recovery is slated to be finalised by late March after which the actual reconstruction can start. The projects that are part of the early recovery phase will continue in the meantime.