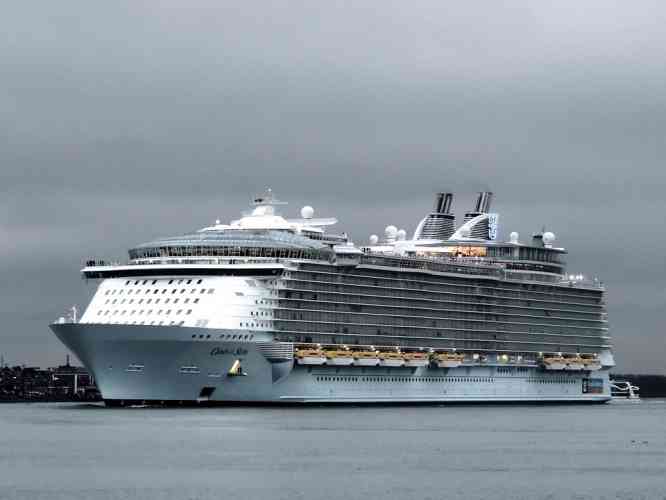 PORT–Mega cruise ship Oasis of the Seas has cancelled its two calls for April due to the vessel heading to dry dock. The ship was scheduled to call tomorrow, April 11, and on Thursday, April 25.

The cruise ship’s AquaTheater, located in its stern, was damaged while in the Bahamas on April 1. A crane fell on the stern during routine maintenance.

The Royal Caribbean vessel will leave the Grand Bahama Shipyard for Cadiz, Spain. The cruise line was forced to cancel three sailing dates – April 7, 14 and 21. The ship operated out of Port Canaveral, Florida, and was to conclude its Caribbean season before heading to Europe.

The cruise ship is expected to resume its scheduled itineraries on May 5 from Barcelona, Spain, its first European deployment in five years.

Oasis of the Seas was launched in 2008 has the capacity to carry up to 6,300 cruise passengers.