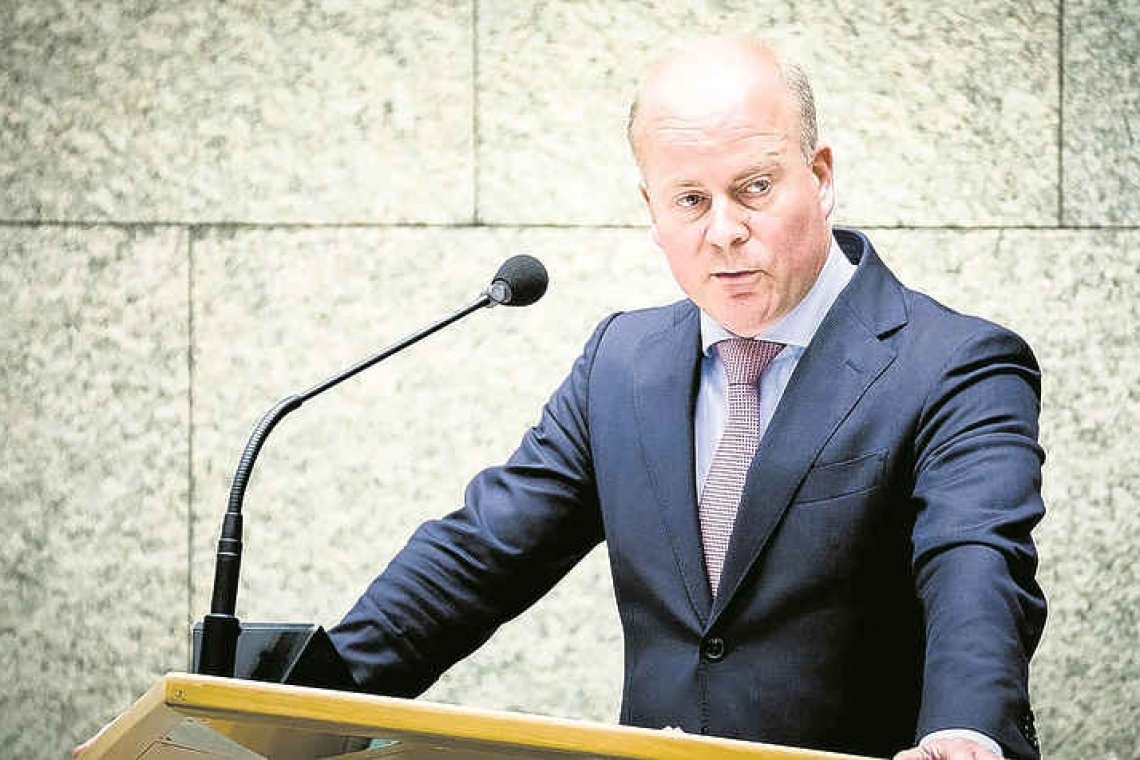 THE HAGUE–The Dutch government does not find it “opportune” to give a formal role to the Parliaments of Aruba, Curaçao and St. Maarten in the supervision of the Caribbean Reform Entity, the body that will oversee the large reform exercise in the three countries.Dutch State Secretary of Home Affairs and Kingdom Relations Raymond Knops stated this in a lengthy document with answers to the long list of questions submitted by the various parties in the Second Chamber of the Dutch Parliament.

The document was sent to the Second Chamber on Thursday.Knops explained that the Caribbean Reform Entity, once secured in a Kingdom Consensus Law, will specifically be designed as an independent Dutch administrative body (“zelfstandig bestuursorgaan”) with its own corporate rights. “For this reason, it is not a given to involve Caribbean entities in the supervision thereof.”This is in line with what Knops said after the Kingdom Council of Ministers meeting on August 14: that he is not in favour of the St. Maarten counterproposal to give Aruba, Curaçao and St. Maarten a larger role and say in the Caribbean Reform Entity by appointing members to a supervisory body.

“The entity’s organisation is being paid for through Dutch taxpayers’ money. Also, the financial and other means that the entity will provide in executing its tasks will be entirely paid for, at least at first, by the people in the Netherlands. That is why the entity is designed as an independent administrative body,” stated Knops.He added that, considering this choice, it was understandable that the members of the entity would be appointed by the Minister of Home Affairs and Kingdom Relations. The democratic control of the functioning of the Caribbean Reform Entity will primarily run via this same minister.According to Knops, the Kingdom Charter makes it possible to, in a Kingdom Consensus Law, grant Dutch bodies authorities that can be applied in the legal systems of the Caribbean countries, be it on the condition that these authorities respect the countries’ constitutional autonomy in a fundamental sense.

In the opinion of the Dutch government, the authorities that will be granted to the Caribbean Reform Entity will sufficiently guarantee the countries’ autonomy. It is important to note that the entity will not take over authority of Aruba, Curaçao and St. Maarten in the areas of legislation and regulation, but it will have a supportive function and act in a supervisory role.Knops explained that the law proposal to establish the Caribbean Reform Entity aimed to accomplish cooperation between the Netherlands and each of the Dutch Caribbean countries without the constitutional autonomy of these countries being crossed in a fundamental sense.

“The entity will not take over legislative and [regulatory – Ed.] authorities of the governments and Parliaments of Aruba, Curaçao and St. Maarten, but it does provide support in the execution thereof, and it can set consequences if countries do not or insufficiently comply with the obligations that they have based on this proposal,” stated Knops.As for the spending of the funding, he explained that the say on this matter primarily rested with the Caribbean Reform Entity and the Minister of Home Affairs and Kingdom Relations. However, the Dutch Caribbean countries will give direction to this spending through consultation with the entity. The countries will also periodically make agreements with the Netherlands with regard to the amount and nature of the financial means.

About who will be appointed to the Caribbean Reform Entity and the selection criteria of its members, Knops stated that this will only come into play when the Kingdom Consensus Law is implemented. The members will need to have broad experience.The independent position of the entity and the institutional distance from the Dutch government are expected to contribute to creating public support for the entity and its work among residents, government bodies and companies.Knops said there were “good reasons” why there had been no extensive negotiation trajectory in drafting the law proposal for the Caribbean Reform Entity. However, this does not violate the procedure for a Kingdom Consensus Law. Countries can address their objections to the proposal during the decision-making process to the Council of State of the Kingdom and the Advisory Councils, and during the handling in the Dutch Parliament.

The Democratic Party D66 and the green left party GroenLinks asked about a fitting role for the Parliaments of Aruba, Curaçao and St. Maarten in the implementation and execution of the proposed reforms.Knops said he agreed that it was of great importance that the Dutch Caribbean Parliaments had a fitting place in the materialising of the desired reforms. The three Parliaments will have a role in the decision-making process to implement the Kingdom Consensus Law, and in the implementing of the reforms themselves, as these require new legislation and the adapting of existing national laws.

The law to implement the Caribbean Reform Entity will span six years, because the reforms are complicated and will involve a lengthy process. “It is expected that the developing and implementing of reforms will take six years.” The term can be prolonged by two years each time this proves necessary for one of the countries.Asked by D66 whether the six-year term was proportional, Knops stated that the challenges were significant. “Unfortunately, the countries didn’t manage to tackle these challenges on their own in the past years. This has resulted in the countries being unable to deal with the consequences of the coronavirus pandemic on their own. The necessary reforms will be combined with substantial financial support.”

The entity will have four main tasks: support and supervision of the developing and executing of projects and measures by government bodies and government companies; initiating and promoting projects of the country packages; granting subsidy to citizens and companies; and, if there is a need, instituting financial supervision on the countries’ expenditures.The reforms will have a broad range, including the economy, social security, health care, education, state of law, the tax system and the government apparatus. Reforms in these sectors are conditional for sustainable economic recovery.

The objective is to make the islands’ economies and communities more resilient to possible future crises.