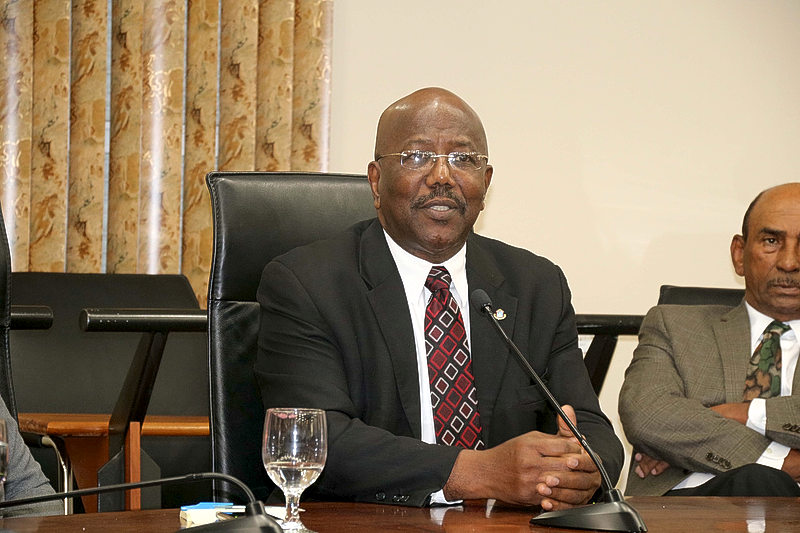 HARBOUR VIEW–The Social Economic Council SER, a critical part of the country’s checks and balances system, is still without a board almost five months following the expiration of the three-year term of all members and substitute members on May 1.

This void means urgent advices requested by government as those on the planned National Health Insurance (NHI) and the creation of a Development Bank are stalled.
The board is not yet in place despite Prime Minister William Marlin saying on August 9 that the SER board “had been in place now for maybe a week or two.”

One hurdle to the appointment of the board appears to be an impasse between Government and the St. Maarten Hospitality and Trade Association (SHTA). Government reversed a decision to allocate two seats on the board to SHTA, opting to stick with the two seats to the St. Maarten Chamber of Commerce and Industry (COCI) and one to SHTA.

Deputy Prime Minister Rafael Boasman informed SHTA of this change of approach in a letter dated July 28 saying that considering that from the inception of SER in 2011, the Chamber had two seats and this structure will stay in place. This decision was made in consultation with his advisors, he said. SHTA was therefore (by him) to nominate one permanent member for the board instead of two.

SHTA President Lorraine Talmi, in her response to the Minister in a letter dated August 16, stated that the Association “vehemently opposes the decision to reverse the seat allotment of the private sector representatives.”

Talmi pointed out that in a SER meeting of March 23, it was “clearly outlined” that two seats would be allocated to SHTA and one to COCI. “If there are now two nominees for each institution, it is the COCI that nominated one too many and did not follow the agreed protocol and written requests.”

Government-mandated entities such as COCI “are generally not recognised as (independent) employer representatives by CEC, IOE, the International Labour Organisation (ILO) or other international organisations such as the United Nations, wrote Talmi.

“Country St. Maarten has the highly unusual situation of having a COCI representing the majority of employers on its Social Economic Council. This was meant to be a temporary situation at St. Maarten’s initial country inception on October 10, 2010,” Talmi said.
The COCI is in itself an advisory body to government as outlined in the National Ordinance regulating the Chamber. “The COCI is already mandated with the possibility of providing solicited and unsolicited advices to Government. They do not require representation in the SER to put forward advice,” she added.

The representation of the COCI on the SER is “highly unusual” compared to the rest of the Kingdom. In Aruba and the Netherlands, the COCI is not represented on their SER boards.
SER Secretary-General Gerard Richardson had “no comment” when contacted by The Daily Herald about the absence of the board and the impasse between Government and SHTA.

In the Council of Ministers Press Briefing of August 9, Marlin was asked about the state of the SER board by this newspaper. His response was that members were recruited and a resolution drafted by Boasman and sent to Governor Eugene Holiday for his signature.
Marlin said the “only issue” encountered was “for some strange reason one of the organisations I can’t remember which one” submitted too many names. “For some strange reason one of them, due to a mistake, submitted more names than they had to so that had to be corrected, but other than that the SER board had been in place now for maybe a week or two.”