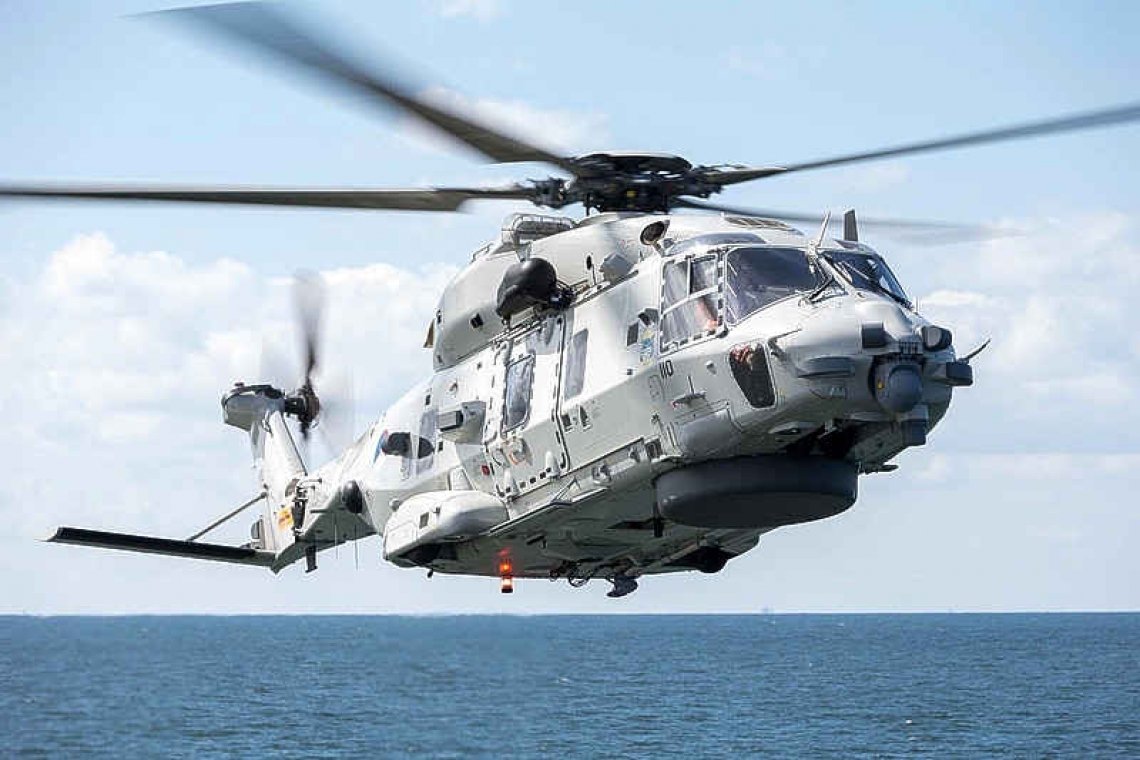 An NH-90 helicopter of Dutch Defence in action. (Defence photo)

THE HAGUE–Preliminary investigation results have shown that the July 19 crash of a Dutch Defence helicopter near Aruba did not involve a technical failure, the Defence Safety Inspection IVD announced on Friday.

“Based on the first investigation results it seems unlikely that a technical or mechanical failure of the helicopter was the cause of a crash with an NH-90 helicopter on July 19 in the Caribbean Sea whereby two crew members died,” it was stated in a press release.

The IVD arrived at this conclusion based on an investigation carried out at the scene of the crash together with the Netherlands Safety Investigation Council, and preliminary analysis of data from available sources, including the helicopter’s flight recorder. The Netherlands Aviation and Space Centre has confirmed this vision in a second opinion.

The primary investigation shows that the helicopter, managed by pilot Christine Martens (34), suddenly descended and crashed into the sea. Further investigation will have to determine how the helicopter got into the situation. Pilot Martens and tactical navigator Erwin Warnies (33) died in the crash. Two other persons on board survived.

The IVD considered it of importance to inform Defence about the preliminary investigation results. After the crash, Defence suspended the operations of all its NH-90 helicopters. The IVD stated that it was up to Defence whether it wanted to revise that decision, based on the preliminary investigation results.  Defence Minister Ank Bijleveld-Schouten informed the Second Chamber of the Dutch Parliament on Friday that the Air Force will resume the NH-90 flight programme. The Air Force considered it unnecessary to further delay the suspension of the flight programme now that it has become clear that no technical failure was involved in the July 19 crash.

In the coming period, the IVD and the Netherlands Safety Inspection Council will focus on various aspects of the crash, including the exact course of the helicopter’s fatal flight. Defence will try to salvage the sunken helicopter, because the wreck is expected to have important information about the crash.

Dutch salvage experts have started an investigation into the exact location of the crashed helicopter with the intention to salvage the wreck eventually. The helicopter sank to a depth of more than one kilometre (km), at some 100km west of Aruba, after the buoys that kept the helicopter afloat burst.