Home Local News No word on Back Street upgrade from Minister, Port management 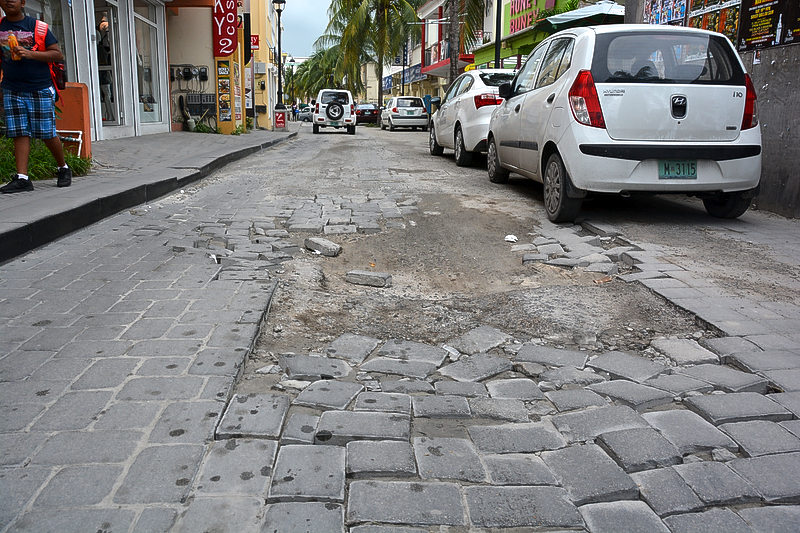 PHILIPSBURG–While the high season is in full swing, caretaker Minister of Tourism, Economic Affairs, Transport and Telecommunication (TEATT) Ingrid Arrindell has yet to deliver an upgraded Back Street as she promised prior to the September 26 Parliamentary elections.

TEATT is in charge of the Philipsburg Infrastructure Improvement/Beautification of Front Street and Back Street. The project was approved by the Council of Ministers on July 28. The cost is covered by the capital investment of Arrindell’s ministry.

Contractor Windward Roads was selected to conduct the NAf. 1,472,482 project. Even though the upgrade was approved by the Council of Ministers, the money was to be advanced by the Port of St. Maarten to get the project up and running.

However, the process stalled and contracts have not been signed to date by the harbour company and the contractor.

The Daily Herald contacted Minister Arrindell on several occasions in efforts to obtain an update on the upgrading project, but she was unable to give a solid answer whether work will start this month or next month. She did say that she had met with the Port and that a meeting was to take place last week Monday.

After that meeting Arrindell stated that the Port was awaiting the transition of Government and more information concerning the upgrade would be available on Friday, November 25. But when contacted on Friday, she did not reply to this newspaper’s calls and messages.

This newspaper also contacted Port Chief Executive Officer Mark Mingo last week. He did not want to comment about the issue, but said the project has the attention of those responsible at the Government-owned company.

Meanwhile, businesses are not happy with the state of the street and hope that Government takes this issue seriously.

St. Maarten United Bus Drivers Association, which has been pleading with Government for months to have the area repaired before the high season begins, has its doubts about Government’s seriousness to deliver the project. Association President Claude Omeus will be meeting with his members soon to discuss the way forward.