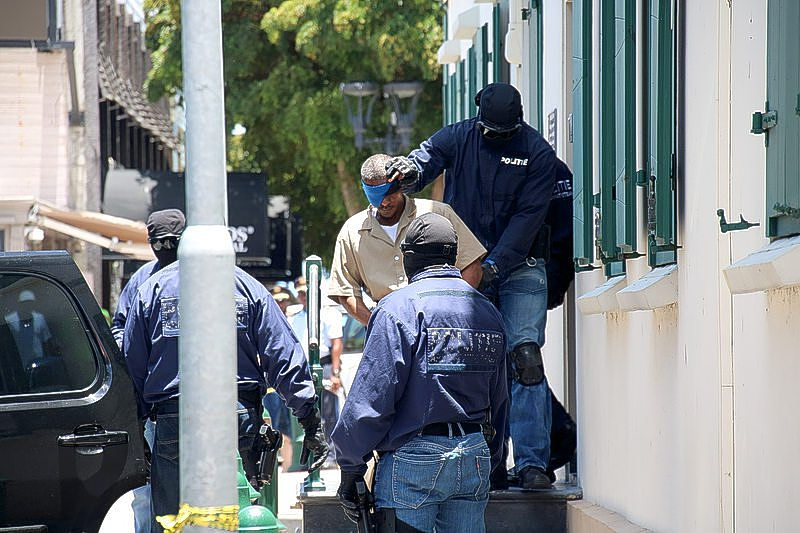 PHILIPSBURG–Felix Floyd Crawford (39), who was condemned by the Court of First Instance on July 15, 2016, has appealed his twenty-year imprisonment for a series of crimes committed between December 31, 2010, and October 21, 2015.

The Court of Appeals heard his appeal on Thursday morning. During the period of almost four years, Crawford committed a large number of armed burglaries, four robberies with assault and battery, and one case of attempted manslaughter against a police officer. He was also found guilty of illegal firearms possession and of threatening two persons with a firearm. One of his victims was a 14-year-old boy.
“I do not deserve to go to prison for 20 years and I know guys who killed children or did multiple rapes and they were not sentenced to 20 years in prison. I know I have to do some time, but 20 years is too much, Your Honours,” stated Crawford during his personal circumstances plea to the panel of three judges.
Crawford, who was born in St. Kitts, never learned to read and write. He confessed to the Judge that he had committed his crimes to provide for his six children. These crimes include burglaries at the homes of former Chief of Police Peter de Witte and former Minister of Justice Dennis Richardson.
Crawford also has an outstanding warrant for his arrest in Antigua for a series of dangerous armed robberies. In St. Maarten, he used brutal force, leaving several victims injured. He primarily stole jewellery, cash, electronic devices such as mobile phones and expensive perfumes.
Besides having to sit out a 20-year sentence, Crawford will also be confronted with claims of victims and with a dispossession claim by the Prosecutor’s Office. The various claims will be dealt with during a Court hearing on October 5.
The Solicitor-General considered all charges proven and that the Appeals Court should uphold Crawford’s 20 year sentence.
The Appeals Court will decide and hand down its verdict on at 1:45pm September 20.
Crawford was escorted to court on Thursday by the heavily armed Police Arrest Team.