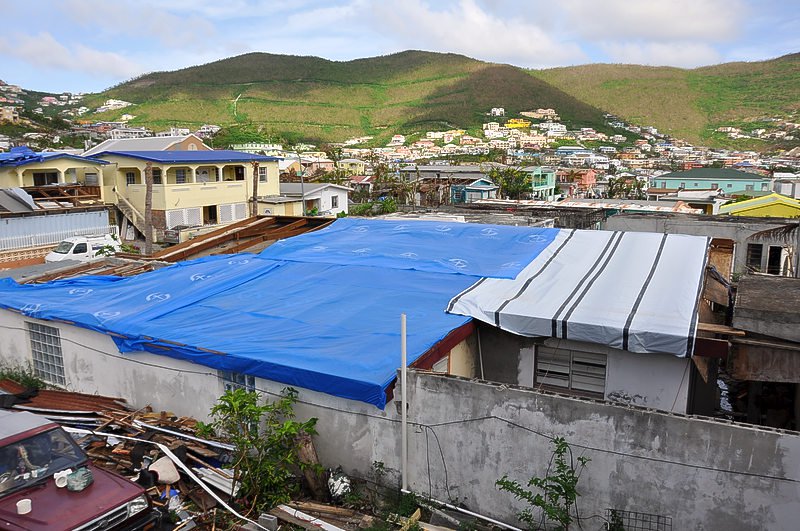 ST. PETERS–St. Peters resident Gale Hodge is living life one day at a time as she attempts to piece together the fragments of her life and map out what her next move will be.
The mother-of-three went from being on top of her game as a gainfully employed woman working hard to care for her family and achieve her goals to someone who is now homeless, jobless and fearful of her future. Like many persons in St. Maarten, she lost everything in the devastating winds of Hurricane Irma, which hammered the country as a powerful category 5 storm on Wednesday, September 6.
With no roof over her head, the local St. Maartener slept in her car many nights after Irma until a friend welcomed her into his home, providing temporary shelter. Hodge’s situation reflects scores of persons in St. Maarten who lost their life’s possessions during the most powerful storm in the Atlantic to wreak havoc in St. Maarten.
“Before Irma I was trying to get a business set up and get my life together. Now I am living day by day, because it’s difficult for me to think ahead right now,” she told The Daily Herald.
She has been spending her days cleaning up her hurricane-ravaged, roofless home, now partially covered by tarpaulins, trying to salvage whatever little she can, but says seeing the memories she has now lost is more draining that the actual cleaning itself.
Hodge wants to work and become independent again, but with little to no possessions and with one of her three children still in school, she is hoping that authorities can help her and other persons in her position.
“Government should help us get back on our feet, or at least try to help us take care of our mental stability. This is more important, because once your mind is not stable you won’t be able to function effectively,” she said.