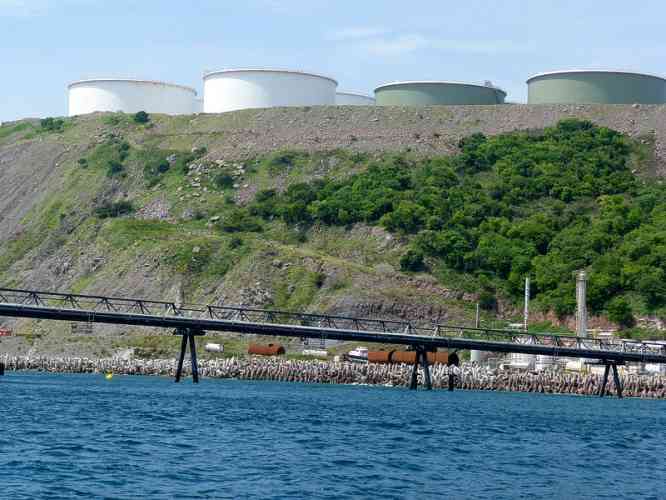 EUSTATIUS–NuStar Energy LP has agreed to sell the crude oil storage terminal in St. Eustatius for US $250 million to investment firm Prostar Capital, the companies said Friday. The transaction is expected to close by the end of the second quarter of 2019.

Private investment company Prostar, which invests in midstream energy infrastructure, believes the terminal has strategic advantages including “a location at the crossroads of global and regional oil trade [and – Ed.] long-term customer relationships with major global oil traders,” said senior managing director of Prostar Steve Bickerton in a statement, according to Reuters.

Since January, when the United States imposed sanctions against Venezuela, requiring NuStar to wind down its contracts with Venezuelan state-owned oil company PDVSA by the end of February, NuStar said it had been “diligently” looking at different ways to make up for the significant loss of that business and ensure Statia Terminal’s continued success.

“While the terminal has outstanding assets, operations and employees, it has been very difficult given the changing crude trade flows. It recently became increasingly clear that a new business model was needed to ensure the long-term success of the terminal, and that the best path forward for its success and NuStar’s success was to sell the terminal to an entity with a fresh business model that can take advantage of the changing global crude trade flow patterns,” NuStar’s CEO Barron stated in a letter sent Friday to all NuStar employees in Statia.

In the letter, Barron said NuStar was “very pleased” to have found a company with a business model such as Prostar Capital, and with “mixed emotions” he announced that NuStar had entered into a contract with Prostar to purchase the Statia terminal and bunkering operations. “We expect to close on the transaction by the end of the second quarter of this year,” he said.

Calling it a “difficult decision,” he said NuStar had selected Prostar as purchaser as it is “a strong, growing company with a business model that will ensure a bright future for the facility and our St. Eustatius employees. We can assure you that our agreement requires them to maintain all of your positions with comparable pay and benefits,” Barron asserted.

He said Statia Terminal staff will be receiving more information from Prostar representatives on their compensation and benefits programmes in the coming weeks.

“Please know that this was not an easy decision for us to make as we never want to lose great employees or assets. However, Prostar is a great fit for your operations because it is uniquely positioned to take advantage of opportunities created by the changing dynamics of global energy supply and demand, and currently has midstream, storage and downstream operations throughout the United States, South Korea and the United Arab Emirates,” Barron said.