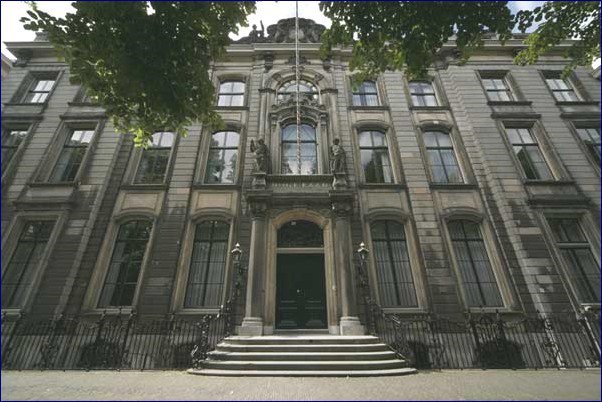 PHILIPSBURG–The High Court in The Hague rejected the appeal filed by Urvin Laurence Wawoe (34), also known as “Nuto,” against his forty-month prison sentence for possession of quantities of cocaine and marijuana, and firearm possession. The highest Court in the Netherlands made this decision on September 20.

Wawoe, who is said to be a member of the “No Limit Soldiers” gang, a criminal organisation held responsible for the murder of Pueblo Soberano politician Helmin Wiels in Curaçao, had appealed his conviction by the Court of Appeals on July 27, 2015.
In May 2014, the Court of First Instance had sentenced him to six years for cocaine and firearm possession and membership in a criminal organisation. Wawoe also appealed this sentence.
On September 17, 2013, Wawoe was caught in The Keys in the company of three others. A passing police patrol smelled a strong marijuana scent and decided to control three cars that were parked in the area. During the search, 3.8 kilos of cocaine, more than US $25,000 in cash, 30.5 grams of marijuana and two firearms were found.
Wawoe’s phone contained pictures of a semi-automatic firearm, two pistols and cartridge holders. The rapper by profession claimed the weapons were used to make pictures for a CD-cover. “I did not know whether it concerned real weapons or fake,” he told the Judge in April 2014. Through the entire court proceedings, he denied any involvement in the alleged crimes.
Wawoe has a history of convictions of violent crimes. In 2004, he was sentenced to 18 months for armed robbery in the Netherlands. Three years later, the Court in Curaçao sentenced him to three years for involvement with theft and firearm possession. In 2011, the Court of First Instance in St. Maarten imposed eight months for firearms possession.
Following the Appeals Court, the High Court also rejected the defence’s pleadings to declare the Prosecutor’s case against Wawoe inadmissible.
Wawoe’s attorney in the proceedings at the Court of Appeals, high-profile Dutch attorney Inez Weski, had pleaded with the Court to declare the Prosecutor’s Office inadmissible in its case against her client because the conditions of his detention had been a violation of his human rights and had been in contravention with the European Human Rights Treaty.
According to the defence, Wawoe had been held in detention at the Police Station under inhumane conditions without proper light, air and other provisions, such as visits, for some nine months.
Despite his protests due to concerns about his safety, he was transferred to Pointe Blanche Prison and incarcerated at the closed facility. While in Prison, Wawoe was faced with an attempt on his life by fellow-inmate and “Vesuvius” case convict Carlos Richardson. The attempt failed as the firearm which was used did not function. After the attack, Wawoe was transferred to a prison in the Netherlands.
According to the defence, prison guards allegedly had been aiding and abetting in the commission of the attack on her client, who in fact was a “sitting duck,” ready to be eliminated at the “secured” ward in which he was detained, the lawyer claimed.
Weski also presented highly critical reports by the Law Enforcement Council and the European Committee for the Prevention of Torture (CPT) as proof of the “deplorable” situation within the Prison’s confines.
Following the Appeals Court and the recommendations of the Solicitor General in this case, the High Court decided to reject the pleadings and confirm the verdict.