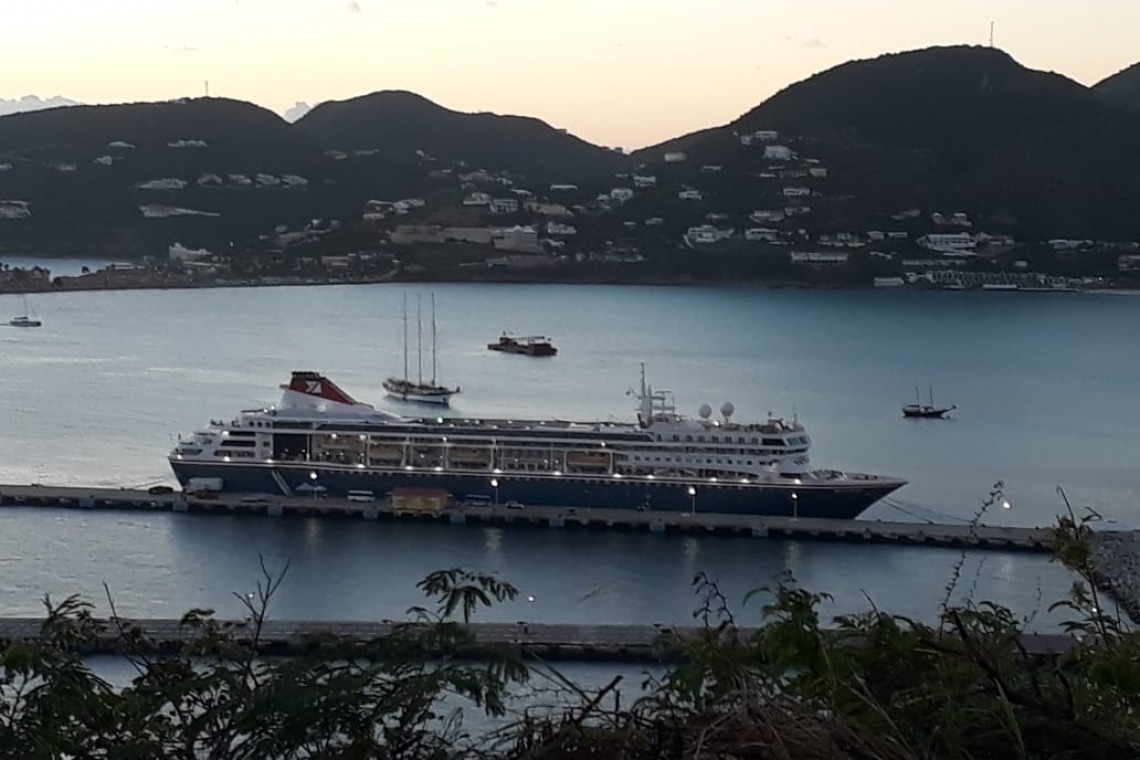 The ship had requested an emergency turnaround at Port St. Maarten after her homeport in La Romana, Dominican Republic, denied her entry on Thursday, February 27, amid fears that four Filipinos, two Americans and two Britons on board were potential coronavirus cases.

According to health authorities in the Dominican Republic, the ship’s captain reported that the eight persons were under medical observation for coughing, fever and breathing difficulties.

This move put the fate of Braemar’s 692 passengers and 384 crew in question, in addition to more than 500 passengers who were set to board the ship in the Dominican Republic on Thursday to start a new cruise.

After being turned away, the ship returned to its last port of call. Braemar had called at St. Maarten on Tuesday, February 25, the penultimate stop in her 14-day cruise that was supposed to terminate in the Dominican Republic. According to government, there were two passengers with influenza-like symptoms on Tuesday.

“We are in discussion with the relevant authorities on nearby Caribbean islands, as well as a number of airlines, to enable our guests to disembark and secure onward travel for them to return home,” said the cruise line on Friday, according to Time news magazine.

The cruise line contacted St. Maarten to facilitate the emergency turnaround. “A turnaround entails when one set of passengers departs the ship and another set embarks,” said the St. Maarten government in a press release on Saturday.

Braemar was originally scheduled to berth at Port St. Maarten around 8:30pm Friday, with all persons on board disembarking to potentially catch flights to their onward destinations. However, the ship did not make her way into Great Bay that night because local officials had not yet decided to grant the ship’s request. The vessel was stationary in international waters between Nevis and Montserrat for most of Friday night.

Fred. Olsen Cruise Lines said the decision by the Dominican Republic was an “overreaction.”

“A small number of influenza-like cases [are – Ed.] on board. Our medical team has now advised that they are all feeling better. No guests or crew are, or have been, displaying symptoms that are considered to be consistent with those of coronavirus,” Time quoted the cruise line as saying.

COVID-19 and influenza both cause fever, cough, and respiratory issues.

Local public health officials said on Saturday that they were waiting on an updated health declaration that meets St. Maarten’s Public Health Ordinance and international health regulations, along with detailed travel history information about the passengers.

“Cruise vessels have to submit a health declaration 12 hours prior to the cruise vessel berthing,” according to the press release.

Port St. Maarten, Princess Juliana International Airport (PJIA), and the Justice Ministry were also collaborating in the process to make the final decision on the vessel’s emergency turnaround.

The approval came sometime between Saturday afternoon and Sunday morning, after the Ministry of Public Health, Social Development and Labour VSA received the updated health declarations from the ship’s doctors in good order. Braemar docked at Port St. Maarten around noon Sunday.

“This is a healthy ship with zero cases of the coronavirus COVID-19,” said Prime Minister Silveria Jacobs on Sunday. She said that even though some passengers had experienced influenza-like symptoms, all passengers had been cleared for travel except for one. That passenger has gastroenteritis and will be treated at St. Maarten Medical Center (SMMC) until they are well to travel, said Jacobs.

Once the screening process was concluded, the passengers and crew were taken via police escort to PJIA to depart the island on chartered flights paid for by the cruise line. They bypassed the terminal building and were taken directly to the planes on the tarmac.

The ship’s 556 embarking cruise passengers – who are mainly from the United Kingdom (UK) – arrived at PJIA around 6:00pm on the chartered flights and were transported to Port St. Maarten to board Braemar for a two-week cruise. Prior to boarding the vessel, the embarking passengers had to go through security and immigration procedures.

The embarking passengers also had to complete a health questionnaire prior to boarding the chartered flights to St. Maarten.

“The health of the people of St. Maarten remains a top priority for the Ministry of VSA, and the government of St. Maarten. Precautions have been taken to safeguard health and safety of the citizens and visitors,” according to the press release on Saturday.

“As a port of entry catering to the cruise ship market … we have a great working relationship with the country’s health authorities, such as the Collective Prevention Services of the Ministry of Public Health, Social Development and Labour. We would like to assure the maritime sector that the protocols in place have been working and we will continue to work diligently with all stakeholders in promoting preventative hygiene measures against infectious diseases.

“We have protocols in place according to International Maritime Organisation (IMO) guidelines. … These protocols are in place to protect the public and our visitors from infectious diseases.

“Coronavirus COVID-19 is creating many challenges for various sectors, including shipping, but decisions taken with respect to our important cruise tourism sector are based on facts and sound medical advice,” said Port St. Maarten on Sunday night.

It said it is also working closely with the Florida-Caribbean Cruise Association (FCCA) and its cruise partners regarding the safety of cruise passengers and crew, particularly where it concerns both pre-boarding measures and onboard protocols for handling infectious disease. According to the port, many of these measures and protocols “go above and beyond” those required by the United States Centers for Disease Control (CDC) and the World Health Organisation (WHO).