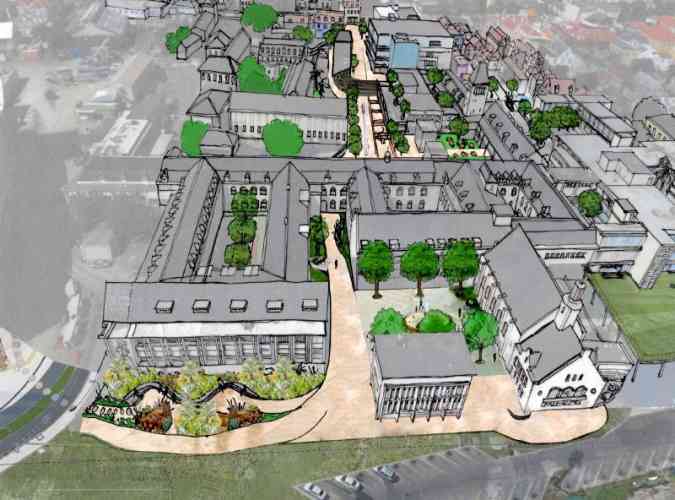 WILLEMSTAD–The old buildings of Curaçao’s outdated St. Elisabeth Hospital will get a new purpose. After the opening of the adjacent newly built hospital there the site is to house a care hotel, apartments and restaurants, the so-called “St. Elisabeth District.”

Around 50 to 60 million Antillean guilders are needed to realise the plans. The St. Elisabeth Foundation expects to be able to raise part of that money during the investment mission from the Netherlands in October. The project must be completed in five years, which means by 2025.

These plans for the future of the complex are laid down in a vision document prepared by local planning and architecture firm ProGaya.

Current Chief Executive Officer (CEO) of the hospital, Anton Casperson said that in December last year the Supervisory Board and the Diocese of Willemstad that owns the foundation gave their approval. “The only wish is that the historic, Roman Catholic character is preserved.”

The fact that the property will be restored as a nursing facility and get a new function is important to prevent the neighbouring new Curaçao Medical Center (CMC) from running a risk due to the decline and vacancy of the buildings. Dutch appraisal agency Van Ameyde Ratings set the market value of the land and buildings at 7,250,000 Netherlands Antilles guilders.

The original hospital dates from 1857. According to Casperson, the structure is of good technical quality, just like the old St. Thomas College located there.

Both have historically valuable features such as a colonnade and stained-glass windows. In the meantime, it has been investigated which parts have monumental value and work is being done on the application for designation as such.