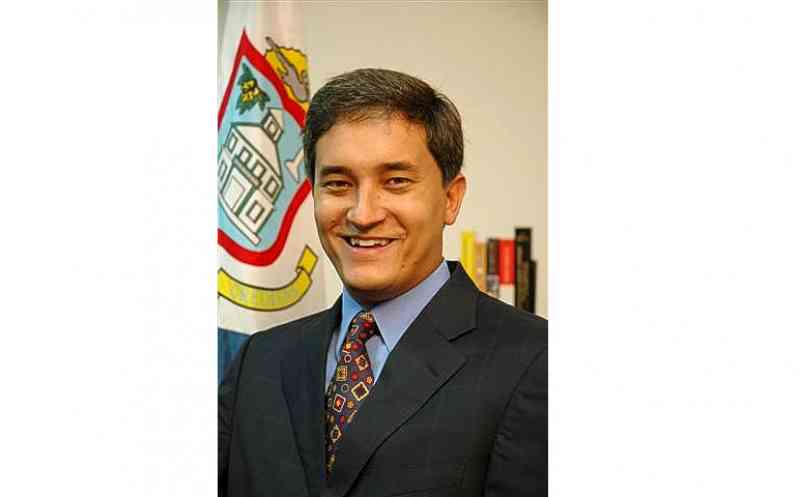 PHILIPSBURG–The Prosecutor’s Office of St. Maarten OM said on Monday that Minister of Justice Cornelius de Weever has no role in the judicial proceeding concerning pre-trial detention of suspects.

The OM said via its public relations division that, contrary to media reports, autonomous judicial decisions have to be made without political interference.

“The minister is responsible for the presence of an adequate detention facility in St. Maarten where all detainees can be housed,” the OM stated.

United Democrats (UD) leader Theodore Heyliger was held in pre-trial detention at the Philipsburg police headquarters in interest of the ongoing investigation; he had been arrested on February 19.

The Daily Herald obtained the verdict, however, and according to the judge’s ruling, “Heyliger will remain in custody in JICN [Judicial Institution Caribbean Netherlands – Ed.] Bonaire with the stipulation that as soon as a place is available in St. Maarten in Pointe Blanche, where the health and safety of the suspect can be safeguarded, he will be transferred immediately from Bonaire to St. Maarten, in order to undergo such a detention there.”

Heyliger was transferred to the JICN in Bonaire on March 1 due to lack of space at St. Maarten’s Pointe Blanche prison. By request of the Prosecutor, the judge made a decision in regard to Heyliger’s detention on Friday, March 14.

“During the proceedings, the circumstances associated with being detained in another country were elaborated on, and the judge established then that there are compelling arguments for the continued detention of the UD leader in Bonaire. The court upheld the petition of the OM and ruled that the suspended Member of Parliament remains in detention in Bonaire for 60 days.

“The staff at the JICN prison on Bonaire is addressing the health concerns of T.H., as it also does for others in the institution. At the moment, apart from Heyliger’s case, there are other St. Maarten prisoners being housed in detention facilities throughout the Kingdom.

“The Prosecutor considers this situation unfortunate, because a prison is an important institution for any country and prisoners should be able to be housed without risks and in a humane manner. Currently, St. Maarten still has insufficient capacity for the number of detainees. For these reasons, the OM adjusted its detention policy a few months ago,” according to the OM on Monday.

The detention abroad was made based on the fact that the Pointe Blanche prison has reached its maximum capacity of 70 inmates, and continuing to detain Heyliger at the Philipsburg police headquarters was not an option.