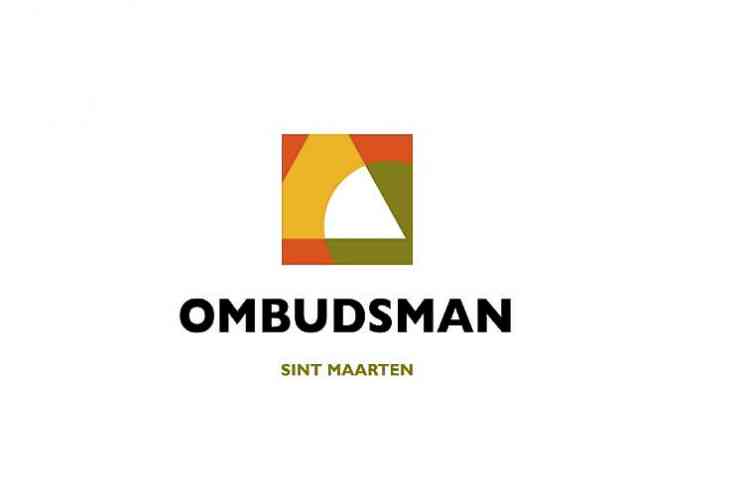 PHILIPSBURG–Ombudsman Nilda Arduin and her staff discussed the Ombudsman’s 2017 annual report and final report on the systemic disaster risk reduction and preparedness investigation with Members of Parliament (MPs) on Thursday morning. Arduin told parliament that although all activities had been in place for her to demit office at the expiration of her term in October 2017, as a result of the state of emergency into which the country was pummelled after the devastating hurricanes in September last year, “I reconsidered and consented to stay in office to bridge the period of relief and recovery.

“All investigations regarding going concerns were put on hold to concentrate on more pressing matters that might come up as a result of the disaster, including housing and labour.

“As such, in order to structurally and comprehensively deal with present and anticipated concerns regarding labour, housing and hurricane preparedness of the country, three systemic investigations were prepared: 1) the Dismissal Advisory Committee, 2) the Rent Tribunal, and 3) the state of Disaster Risk Reduction and Management Plan.”

The final report regarding the investigation of the country’s state of preparedness in regard to the Disaster Risk Reduction and Management Plan was presented to government and subsequently to Parliament in August.

She gave an update regarding the Dismissal Advisory Committee, which was presented to the Minister of Health earlier this week and, in keeping with promises made in the aftermath of the hurricanes to keep Parliament informed of important investigations, a copy of the report was delivered to Parliament Thursday.

In the nearly-three-hour meeting, Arduin said, “Though the investigation regarding the Rent Tribunal was initially met with reluctance and hesitations, tangible progress is being made to improve the operations of the Rent Tribunal.

“Last week Thursday, September 20, a hearing was held at the Bureau of the Ombudsman with representatives of the Rent Tribunal and government as a result of our preliminary findings. Fixed dates for follow-up were agreed upon. The final report will be published at the end of October.

“As a result of about 30 Market vendors filing complaints with the Ombudsman regarding the removal of the Philipsburg Market kiosks without any communication with the vendors, the grievances were swiftly investigated, considering that the livelihood of many persons was at stake. More so after many were already deprived as a result of the passing of the hurricanes. Today we are pleased to see that at least some of the kiosks have been restored and replaced on the location in town.”

The Ombudsman also continued to play a significant role regionally and internationally in 2017, and as such progressed the work of the institution locally. In the capacity of President of the Caribbean Ombudsman Association CAROA, the ninth Biennial CAROA Conference was organised in Bonaire in collaboration with the host of the Conference, the National Ombudsman of the (Caribbean) Netherlands, Reinier van Zutphen.

As Regional President on the Board of the International Ombudsman Institute (IOI), a complaint handling training was secured for the region and facilitated by Queen Margaret University following the CAROA Conference in Bonaire. Both the complaint officers and the secretary general joined the Ombudsman at the training, sponsored by IOI.

A new national ordinance to establish the Integrity Chamber, replacing the quashed national ordinance of August 21, 2015, was ratified on December 18, 2017,. Being aware of the conditions attached to the recovery funds promised by the Netherlands, the Ombudsman moved swiftly to scrutinise the law.

Ahead of the six weeks provided for by the Constitution, the Ombudsman established that the concerns presented to the Constitutional Court that led to the first ordinance on the Integrity Chamber being quashed, and the recommendations offered by the Court for consideration in drafting a new law, are adequately addressed in the new ordinance. The Ombudsman considers the rights of the people sufficiently protected in the new law.

Arduin told MPs that tardy or non-responses to investigations initiated by the Ombudsman remain a challenge with the Ministries of General Affairs and Finance, even though complaints against these Ministries have decreased.

Training for civil servants in the Ministry of General Affairs requested by the liaison officer charged with the coordination of investigations of the Ombudsman, is still pending.

The Ministry of Justice continues to cause concern with the most complaints filed against this Ministry.

A request from the local Police Force to again assist with a workshop on integrity within the department could regretfully not be honoured by the Ombudsman in 2017.

Notable is an increase of complaints against the Ministry of Education, Culture, Youth Affairs and Sports (ECYS): 50 per cent of these complaints are personnel-related.

“On the other hand, a noticeable decrease of complaints against the Ministry of Public Health, Social Development and Labour (VSA), as well as the Ministry of Tourism, Economic Affairs, Transportation and Telecommunication (TEATT) is observed. This can be partly attributed to rather prompt follow-up on recommendations and action taken upon notification of concerns by the Ombudsman.

“The crisis caused by the impact of Hurricane Irma in September 2017 required swift action, prompting me to reconsider demitting office at the end of my term in October 2017. A second term in office was accepted under the motto ‘A captain does not abandon ship in the midst of a storm,’ with a clear understanding that the Parliament will be informed as soon as the situation on the island is stabilised and a successor is ready to assume the position to further steer the institution.

“With the presentation of my report on the state of Disaster Risk Reduction and Management Plan in August last, the final report on the Dismissal Advisory Committee, which is established to support the advices provided by the Secretary General of VSA upon requests for dismissal filed by employers, and tangible agreements made to support and improve the operations of the Rent Tribunal through a hearing held with the representatives of the Prime Minister and representatives of the Rent Committee, I consider the bridging period accomplished.

“A final report regarding the investigation of the Rent Tribunal will be drafted soonest,” concluded the Ombudsman in her presentation to parliament.