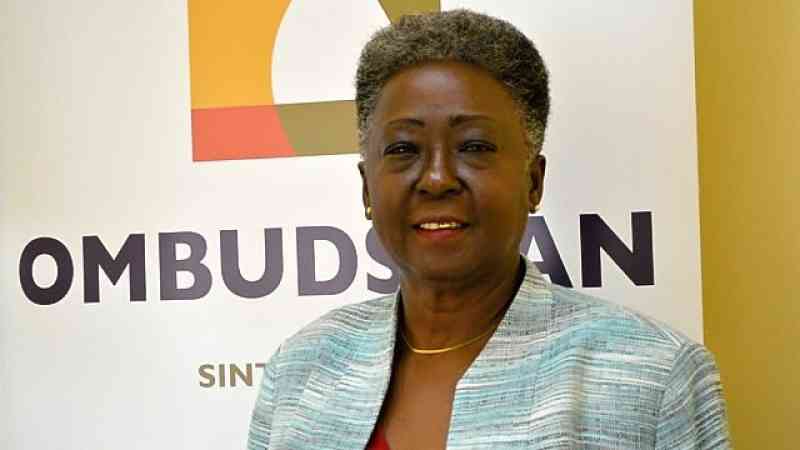 PHILIPSBURG–Ombudsman Nilda Arduin will be conducting a systemic investigation into the country’s disaster management plan.

The investigation stems from the effects, recovery and rebuilding in the wake of the devastating September 2017 hurricanes and considering that in the next four months, the next hurricane season will be starting.
Arduin said in a press release over the weekend that she will now be zeroing in on the preparedness of the country for the 2018 hurricane season.
The investigation will look into the state of preparedness of government pursuant to the National Ordinance Disaster Risk Reduction and the Disaster Management Plan.
Based on the National Ordinance Disaster Risk Reduction, a Disaster Management Plan was established by National Decree. The Disaster Management Plan is an organisational plan, which describes in general terms how to deal with a disaster, or a threatening disaster (e.g. a hurricane), to effectively combat the disaster or the major accident and the consequences. The emphasis in the plan is on the administrative, organisational and coordinating elements (in combating a disaster), she said in the release.
The Disaster Management Plan requires that, for the effective prevention of disasters or serious incidents, preparatory work must be carried out by establishing sub-plans by the ten Emergency Support Function (ESF) groups. On the basis of these sub-plans, the departments, services and institutions must draw up their action plans.
Barring a contingency plan dated October 2014, submitted by the Ministry Public Housing, Environment, Spatial Development and Infrastructure VROMI, the request by the Ombudsman for the (updated) sub-plans and action plans have gone unanswered. A formal request to the Council of Ministers (COM) for plans of approach, policies/criteria, requirements and selection procedures to provide relief and services to those in need, in particular regarding housing, was also not responded to. “The lack of response to queries of the Ombudsman as well as Parliament warrants serious concerns, as the next hurricane season starts on June 1, 2018. (Which is the Ed.) Reason the Ombudsman has resolved to initiate the investigation,” the release said.
The documents regarding this investigation, as well as the other systemic investigations started by the Ombudsman are available on the Ombudsman’s website: www.ombudsmansxm.com, under the ‘Articles and Presentations’ tab.