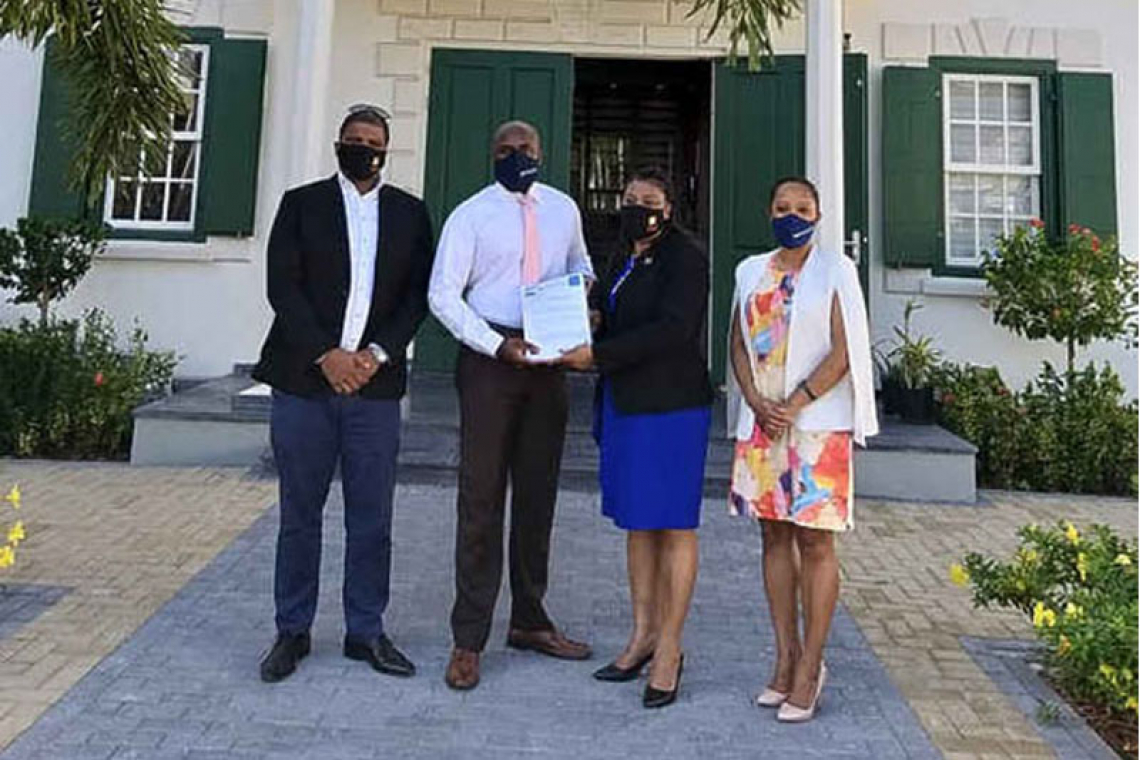 PHILIPSBURG–If Ombudsman Gwendolien Mossel is successful in her bid at the Constitutional Court, all or part of the three national ordinances on employment benefits cuts will be quashed.

The cuts were instituted in connection with the liquidity support St. Maarten is receiving from the Netherlands. Mossel has submitted the three ordinances in connection with cuts to the employment benefits of (semi) public sector workers to the Constitutional Court for review, a move that is being praised by independent Member of Parliament (MP) Christophe Emmanuel.

This was done after careful consideration, Mossel said in a press statement. The Ombudsman has requested that the Constitutional Court quash all or part of the three national ordinances in a case in which it is being represented by attorneys Jason Rogers and Nancy Joubert of Hoeve and Rogers law firm.

According to Mossel, the right to undisturbed enjoyment of property which has been more broadly codified under the term possessions in article 1 of the First Protocol of the European Convention on Human Rights (ECHR) includes, among others, salary, pension and employment benefits.

Interference with the right to the peaceful enjoyment of “possessions,” must therefore – apart from being prescribed by law and in the public interest – strike a “fair balance” between the demands of the general interest of the community and the requirements of the protection of the individual’s fundamental rights.

The Ombudsman will also argue that the measures are incompatible with the non-discrimination principle. The primary motive for the cuts to the employment conditions of all (semi) public sector workers, was to be in solidarity with employees outside of the public sector who, as a result of the economic downturn due to COVID-19, had to endure a reduction in salaries and/or loss of employment.

On the one hand the national ordinances make a broad stroke by including workers from organisations/companies in which government is a (majority) shareholder and on the other hand exclude certain public-sector entities. The solidarity motive and the decision on which “public sector” workers are included also gives cause for concern.

Based on these grounds, the Ombudsman has requested that the Constitutional Court quash all or part of the three national ordinances. The Ombudsman is being represented by the Law Firm of Hoeve and Rogers, attorneys Jason Rogers and Nancy Joubert, in the court proceedings.

The Ombudsman, as the “Guardian of the Constitution”, has the authority to challenge newly ratified laws that the Ombudsman considers to be in contravention of the Constitution. Restricting fundamental human rights can only take place based on specific requirements, the restriction should be prescribed by law, in the general interest of the people, and should pass what is called “a fair balance test”, Mossel said in a press statement.

In the meantime, in a separate press release issued on Tuesday, Emmanuel said that whether or not the Constitutional Court deems the ordinances unconstitutional, the initiative by the Ombudsman to submit the ordinances for review “once again echoes what I’ve stressed from day one: it is not just about salary, but all income, and deprives people of the standard of living that they are due.”

He said he is pleased with the move by the Ombudsman. He reminded that government has stated on numerous occasions that they informed State Secretary of Home Affairs and Kingdom Relations Raymond Knops that the austerity measures could not be enforced if they are against the laws, constitution and rights of the people of St. Maarten.

Emmanuel had voted against two of the laws on February 3, 2021. He voted for the National Ordinance to amend the employment conditions of political authorities. He chastised government for not fighting for its people by accepting the laws to meet the conditions set by the Government of the Netherlands for receiving the second tranche of liquidity support.

“Government instead proudly claimed on more than one occasion that they are not touching salaries. And they celebrated this as a great accomplishment, while denouncing my warnings as fear-mongering. I wonder if the Ombudsman is also fear-mongering?” Emmanuel asked.

“From day one, I have said that while the direct salary is not being touched for now, everything else is still income. Not income that is given now and then, but income that people have earned, have become accustomed to and structure their lives around.

“Removal of this income in terms of vacation pay, bonuses, etc., affects the standard of living of our people, which is morally and constitutionally wrong. Government’s responsibility is to identify measures that do not touch the people,” Emmanuel said.

He is pleased that the Ombudsman has taken it upon herself to have the Constitutional Court review the laws.

“Whether or not the court deems the laws unconstitutional, there is one fact that this government cannot escape: that they made the lives of the people of St. Maarten harder,” he said.

“In the next few months people will start feeling the loss of income when school fees and uniforms are due, when house and car insurance are due, when hurricane preparations are due and maybe even when medical costs are due since government now has an issue with pharmacies accepting medical cards. So, on top of all of that, the people might have to pay for their medical costs if a solution is not found.

“I said then and I will continue saying, the cuts to income were wrong, unfair, unconstitutional and immoral.”