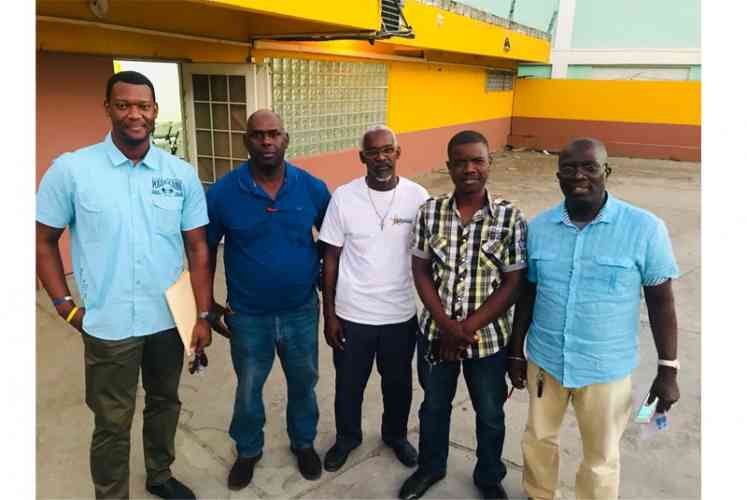 The board of the Dutch St. Maarten United Bus Drivers Association and 2018 elections overseer Wendell Moore Sr. on Sunday.

PHILIPSBURG–Dutch St. Maarten United Bus Drivers Association President Claude Omeus was re-elected by majority of its members at the Workers Institute for Organised Labour (WIFOL) building on Sunday. Secretary Jean Daniel and Treasure Dorane Gilnes were also re-elected by their members during the annual election.

No other members postulated themselves for the board positions and 38 members voted during the three-hour exercise.

“In 2016, I promised all the drivers that I will work hard for them. We were able to achieve some of our goals for the members. However, I would like to see more bus drivers sign up to be part of the growing board,” said Omeus.

Former president Alexis Williams congratulated Omeus and wished him all the best during his term again. Williams said he will support this board any way he can and will also work towards increasing membership.

“I wanted more drivers to come out and cast their votes, but because they have issues with the association they did not come, but I have a plan to get everybody together and the work starts now,” said Omeus on Sunday afternoon. He thanked WIFOL President Theophilus Thompson for his support of the board and elections overseer Wendell Moore Sr. for his wisdom and free advice throughout the process.