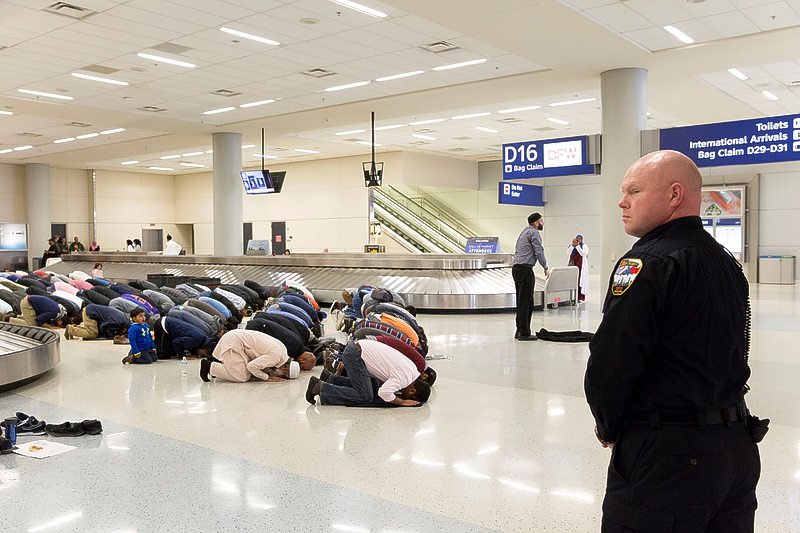 WASHINGTON–More than one in three U.S. Muslims fear they could be targeted by white supremacist groups following President Donald Trump’s election and 42 percent say their children have been bullied in school because of their faith, a survey found.
That fear contributes to a lower-than-average rate of voting by adult Muslim citizens, according to a study released this week by the Institute for Social Policy and Understanding.

Cracking down on what he called “radical Islamic terrorists” and restricting travel from certain Middle Eastern countries have been major elements of Trump’s presidency. The study found that 38 percent of Muslims feared they could be victimized by white supremacist groups, a rate far higher than other major religions, and nearly one in five had made plans to leave the United States “if it becomes necessary.”
By comparison, 27 percent of Jews, 11 percent of Protestants and 8 percent of Roman Catholics and 16 percent of the religiously unaffiliated voiced such concerns.
Forty-two percent of Muslims saying their school-aged children had been bullied because of their faith, more than quadruple the rate of the general population. One in four cases involved a teacher, the survey found.
Just 61 percent of Muslims said they had voted in the 2016 presidential election, fewer than any other major religious group or the public at large, according to the survey of 2,389 people conducted Jan. 4 through Jan. 23. One in three Muslims who did not vote said it was because they did not like any of the candidates.