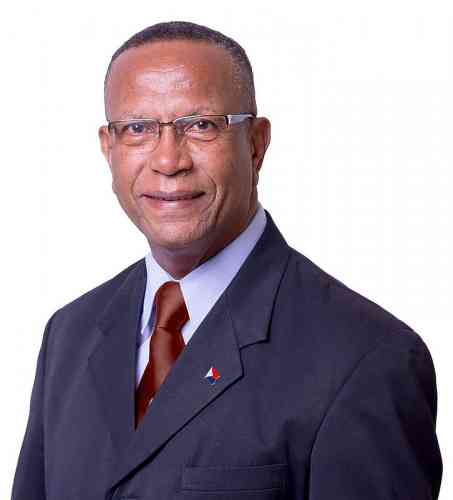 ~ While timing of letter to teachers “off,” it was legally correct ~

PHILIPSBURG–Twenty-five per cent of the 190 teachers and other staffers at public schools in the country reported sick during the last school year, Education Minister Wycliffe Smith said on Wednesday.

A total of 52 of the staffers received “reminders” about the sick leave policy on the first day of the new school year. Many teachers were up in arms about receiving the letter on their first day back at school, which prompted their union to have an urgent meeting with Smith about the matter last week.

Smith said he agrees with Windward Islands Teachers Union (WITU) President Claire Elshot that the timing of the letter was “a bit off,” and thanked her for bringing the letter to his attention. He noted that a welcome letter or a wish-you-success letter would have been more appropriate.

However, he said the content of the letter was legally correct, noting that no new policies concerning sick leave or long-standing absences had been taken up in the letter.

“The letter to the teachers and to all other staff members at the various public schools was simply a reminder of the sickness and leave-of-absence policies,” Smith said during the Council of Ministers press briefing on Wednesday.

“Teachers and other staff working in our public schools are treated like civil servants. So, 52 letters in total were issued to teachers and staff. Forty-six of the letters were letters reminding teachers that they need to go for medical control on the first day that they report sick. And six teachers and staff received double letters. This means that they have been on sick leave for several years or more and they are also being reminded that they fall under the first-day reporting policy.

“In public education, we have a total staff of 190 and 52 of the 190 received reminders. This means that ¼ or 25 per cent of our teachers and staff at our public schools report sick during the school year.”

Smith said that according to government’s policy, which also applies to public schools, if an employee is sick for more than three days he or she must report to the control doctor at Social and Health Insurances SZV on the fourth day.

“Now, if that same employee falls sick more than three times within a six-month period, then the Head of the Department, in this case the Head of the Division Public Education, has to inform the teacher or staff member that he/she will have to follow the first-day reporting policy, which means that on the first day of sickness that teacher or staff member must report to the controlling doctor.”

The letters sent to teachers were not based on the six months, but on the entire past schoolyear.

“In other words, teachers who were sick during the entire past schoolyear for more than three times were informed during this schoolyear, that if they fall sick they will need to report to SZV on the first day of their sickness. Then the letter further stated that if they fail to report to the SZV, this failure will result in no-work-no-pay, according to the law,” Smith said.

He acknowledged that it occurs that civil servants and teachers alike call in sick when actually they are staying home to take care of their child. But he indicated that in these cases, these workers do not have to use the sickness policy for this. “There is a leave of absence policy that covers situations like that. When you look at the law (LMA) and the policies, they are very lenient and are in favour of the civil servant or the teacher and staff at public schools.”

Smith said there was more that he could share about this topic, but he would leave this for another time.

He reiterated that while “the timing of the letter, on the first day of school, may be a bit off, the content of the letter regarding the sickness policy is legally correct. Teachers working in public schools also ought to know that if their situation is not handled correctly, they should report it according to the chain of command: to the school manager, to the Head of the Division Public Education, to the Minister of Education, and ultimately to the Council of Ministers.”