Home Local News One robber killed, another injured after police chase | THE DAILY... 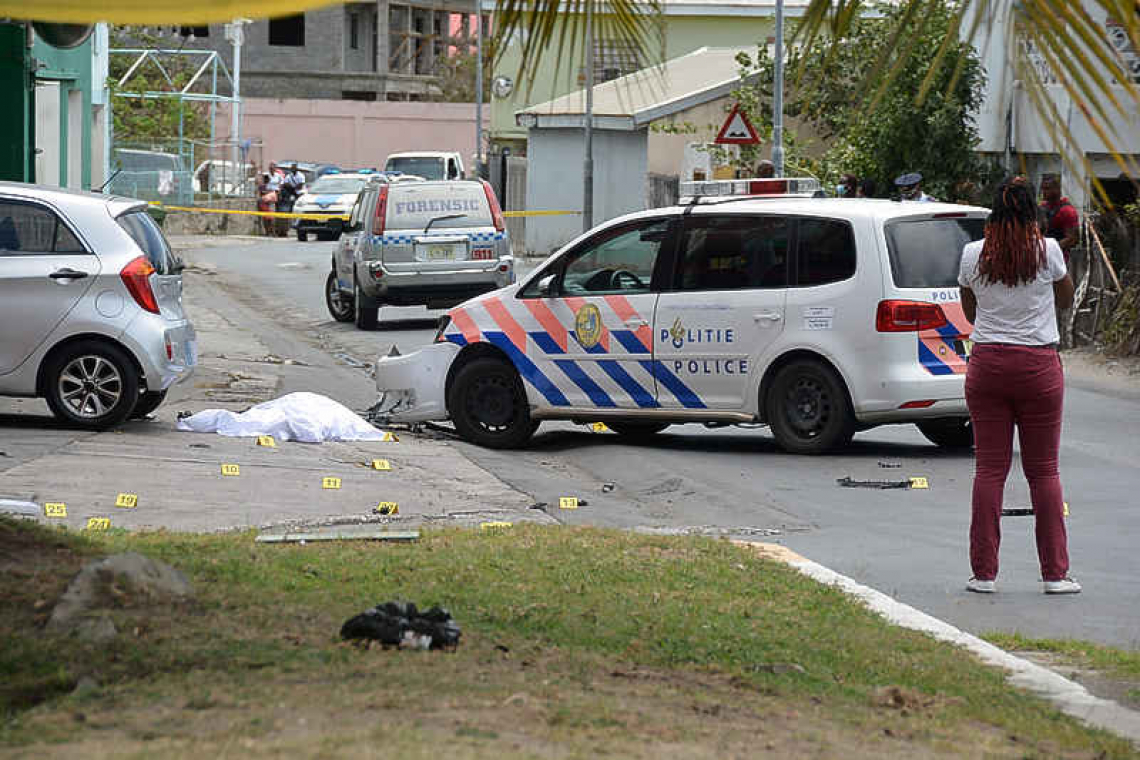 MADAME ESTATE–One robber was killed and another was injured on Wednesday morning after a high-speed chase ended with their scooter crashing into a police vehicle on Arch Road and officers shooting both suspects.

The two robbers are suspected to have knocked off Pavillion Jewelers on Front Street around 11:00am Wednesday. After taking an undisclosed amount of merchandise, the robbers fled the scene on a scooter. Police suspect that one or more suspects may have been involved in the robbery.

While one police vehicle chased the scooter toward Madame Estate, another set up a roadblock on Arch Road near Abu Ghazi Shawarma. The scooter crashed into the blockading police vehicle, knocking off the rider and passenger.

Officers had also fired shots at the robbers, hitting both. One was killed, but it is still unclear whether he died from the impact of the crash or from the gunshot wounds. Ambulance Department personnel treated the other man at the scene, and later rushed him to St. Maarten Medical Center (SMMC) in critical condition.

Police then immediately began its forensic investigation. By this time, a crowd of about 100 bystanders had gathered, drawn-in by the drama of the mid-morning action.

Detectives were observed marking off and collecting scattered gold rings and chains that had fallen into the street. They also photographed the debris left in the wake of the crash.

Anyone with information about this armed robbery are asked to contact police at tel. 1-721-542-2222 or the anonymous and free-of-charge tip line at tel. 9300.