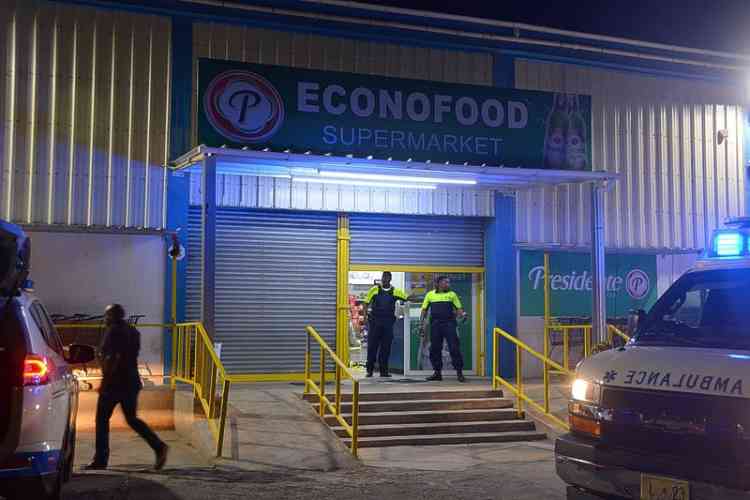 PHILIPSBURG–Police continue to investigate Thursday’s apparent attempted robbery and shooting at Econo Food Supermarket, as they received word that one of the suspects involved passed away in the Emergency Room (ER) on Friday morning.

The not-yet-identified man died at the Sint Maarten Medical Center (SMMC) as a result of injuries sustained when he and his companion were both shot by an off-duty policewoman on the scene. The suspect’s body has meanwhile been confiscated for further investigation.

Police Chief Carl John and his management-team will give full cooperation to legally required investigation conducted by the National Detectives (“Landsrecherche”) in cases where service weapons are used by authorities.

According to police on Friday, the chief definitely stand firmly behind the heroic actions taken by the officer to protect those in supermarket at time of the alleged assault. “The officer’s action clearly shows that the job of police is not as simple as it may seem and also shows how officers go beyond the call of duty by putting their life on the line to protect the community and the visitors to the island.”

The policewoman in question was at the establishment while the crime was taking place and decided not to back down, but instead confronted both armed suspects using her regulation firearm. She shot and apprehended both suspects.

The Police Corps sent out a stern warning to youngsters getting involved in any criminal activity to refrain from doing so, because the authorities will do everything within boundaries the laws to arrest you and bring you to justice. “The police will never stop and without any doubt continue to serve and protect the community of St. Maarten and the visitors to the island to the best of our ability.”

The corps also warned that threatening employees of the organization as a whole or as individual is unacceptable. This criminal behavior will not be tolerated and legal actions will immediately be taken against people guilty of such.

In the meantime they are making sure the officer in question receives all the necessary support and psychological guidance.

August 7, 2020
0
PHILIPSBURG--Members of Parliament (MPs) voiced their concerns about the plans proposed by the Ministry of Education, Culture, Youth and Sports (ECYS) for the reopening of schools and the overall safety of students and teachers. ECYS Minister Rodolphe Samuel provided MPs...
Read more 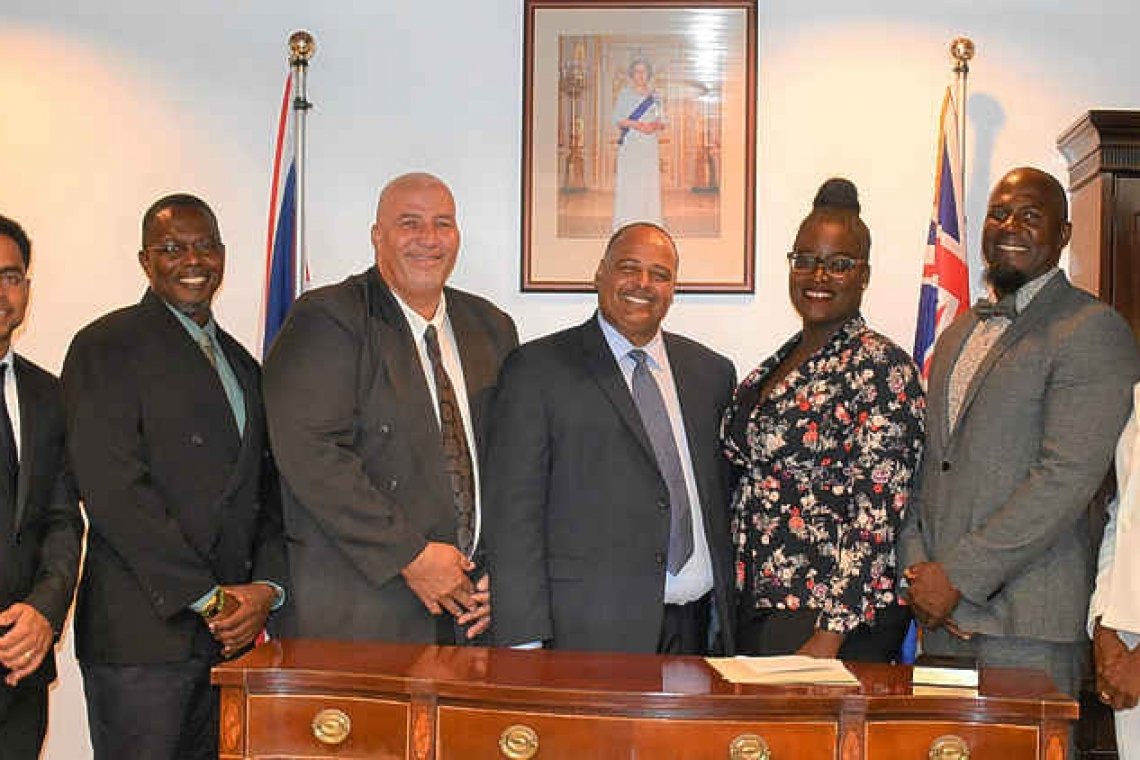 August 7, 2020
0
ANGUILLA--Rodney Rey, Supervisor of the recently held elections, has submitted a report and some recommendations to be considered for future elections. He noted that...