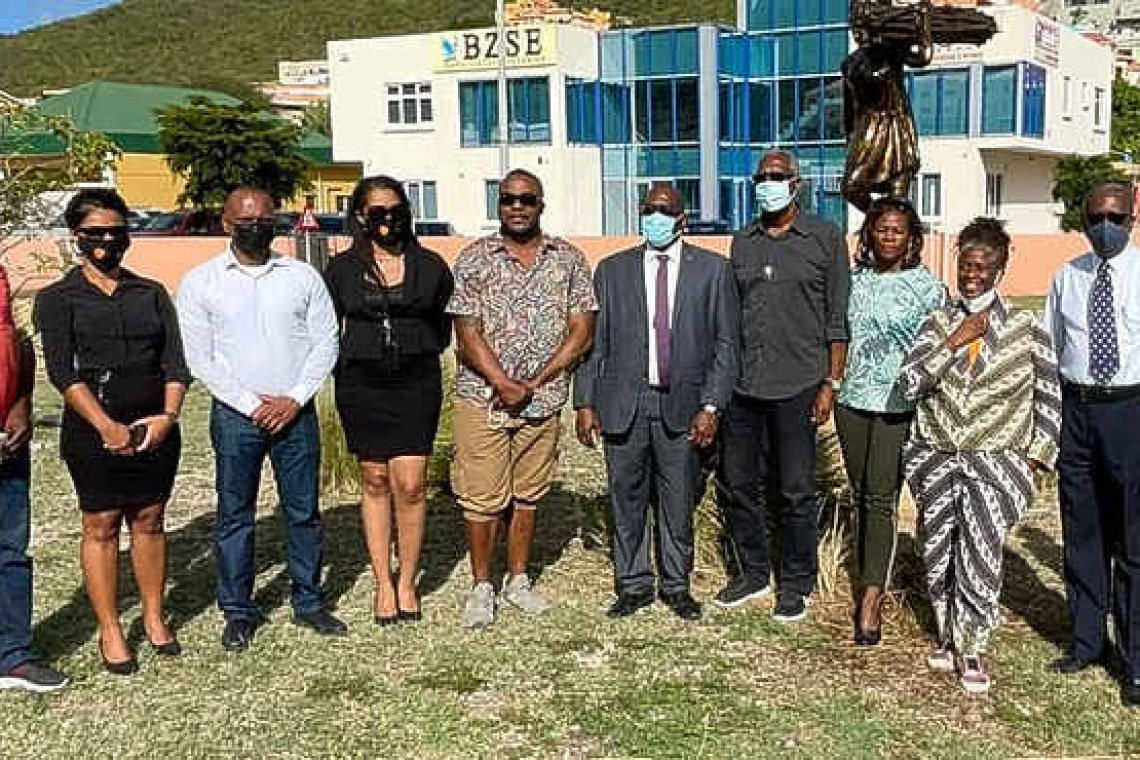 CAY HILL–The One Tete Lokay statue in Cay Hill, which was damaged during Hurricane Irma in 2017 and removed from its location a couple of months later, has been restored and now stands tall at its original location.

The restored statue was unveiled during a ceremony on Thursday. Given the importance of One Tete Lokay’s cultural heritage history, Foundation Community Aid Sentry Hill funded the restoration of the statue to its original state. The statue was restored by its creator Mike Maghiro.

In remarks at the restoration ceremony, Minister of Education, Culture, Youth and Sport (ECYS) Rodolphe Samuel thanked the foundation, Mag Tech BV, TelEm Group and First Response for their initiative to restore the statues at three roundabouts in the country as a contribution in support of St. Maarten’s culture and heritage.

“In particular, as minister I thank you for the restoration of the Lokay, Peridot Foundation/Domestic Violence and the Salt Pickers statues,” he said. “Our statues portray a significant role in displaying not only our country’s heritage, but also the strength, defiance and courage of our women, especially during the enslavement period.

Samuel expressed hope that restoring the statues, which display the country’s heritage and oral history, and continuing to display them to the public can further solidify the importance of the culture and the creative industry to the brand that is St. Maarten.

“I hope that this would also increase the awareness and understanding of the importance of public-private partnerships and that more can be done in the future to help restore and maintain not only our statues but also our existing tangible and intangible heritage,” he said. “Thank you once again to Foundation Community Aid Sentry Hill. I applaud you and encourage you to continue with your efforts to preserve the culture and heritage of St. Maarten.”