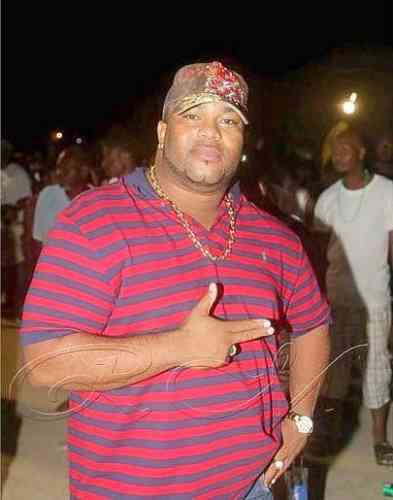 PHILIPSBURG–O’Neal Arrindell, who was arrested August 21, 2018, for intentionally removing the luxury yacht Jefe which had been seized by the Prosecutor’s Office on July 11, 2018, was sentenced to three months by the Court of First Instance on Thursday.

The Prosecutor’s Office had called for a three-month sentence during the March 21 hearing in this case, whereas Arrindell’s lawyer Brenda Brooks had pleaded for her client’s acquittal.

The Sunseeker motor yacht, which was among several seized properties, was in the scaffoldings at Bobby’s Marina in Simpson Bay at the time of seizure in August last year and was not allowed to be moved or launched into the water. However, the boat was no longer present during a Coast Guard inspection at Bobby’s Marina on July 22, 2018.

A search of the area yielded nothing. Further investigation showed that the vessel had sailed to Anguilla earlier that day. The Coast Guard, at the request of the Prosecutor’s Office, went to Anguilla to retrieve the yacht, towed it to the Coast Guard substation in St. Maarten and once again seized it.

The Anti-Corruption Taskforce took Arrindell (37) into custody for two days at the time.

Arrindell claimed that he had not authorised anyone to move the boat, and that no one had informed him that the vessel had been confiscated.

The Prosecutor’s Office estimated the value of the boat by auction at between 300,000 and 350,000 euros, but attorney Brooks claimed the 70-foot yacht had an actual value of more than US $1 million.

“The defendant believed that he could put his own interest above that of the public authorities by withdrawing a ship of considerable value … from the seizure and taking it out of the judicial authorities’ reach. The defendant has in no way shown any insight into his being punishable for his actions,” the Judge stated in the verdict.

The Court said it is of great importance for the proper functioning of the democratic rule of law that decisions taken by the competent authorities are respected and that citizens do not take the law into their own hands. Therefore, the Court considered a prison sentence warranted.

According to Arrindell’s lawyer, the case against her client should have been thrown out because her client is not the boat’s owner and properties belonging to a different person cannot be seized.

She also stated that the Prosecutor’s Office had failed to use a bailiff to present her client with the proper documentation pertaining to the confiscation and that her client had not been aware that the boat had been seized.

The lawyer also claimed that the witnesses, among them several Coast Guard officials, had provided contradictory statements about what actually had transpired at Bobby’s Marina and about whether Arrindell had actually understood that the boat was not to be removed or put in the water, as the Prosecutor’s Office claimed.

However, the Court rejected these pleadings and found that the “conservatory seizure” (“conservatoir beslag”) had been legally imposed.

Arrindell, who is the owner of Checkmate Security with more than 400 employees, is also a suspect in the Emerald investigation in which he and suspended Port St. Maarten Group of Companies Chief Executive Officer Mark Mingo are accused of defrauding the Port of a total of US $11 million over a number of years.