Home The Daily Herald Opposition thrown out of Curaçao Parliament 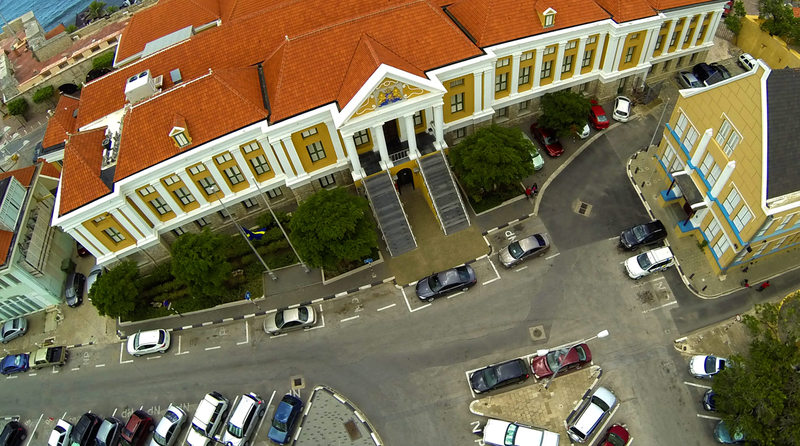 WILLEMSTAD—Opposition members were removed from Curaçao’s Parliament by police on Wednesday after clashing with President Humphrey Davelaar (PNP) over the fact that the incoming MAN/PAR/PNP/PS government currently doesn’t have a majority in the legislature.

The meeting was supposed to approve the credentials of seven new parliamentarians that are to replace seven coalition members who resigned as such to become minister. However, the latter left only 14 seats in the 21-seat house occupied, of which just four by the governing parties.

A shouting match ensued after MFK-leader Gerrit Schotte insisted on handling a letter questioning the legitimacy of the Koeiman Cabinet he had submitted on behalf of nine opposition members before the documents related to the candidates’ credentials. He asked for a roll call to establish there was no majority when Davelaar did not entertain his request.

The crowd on the public tribune also became rowdy, so police were ultimately called and removed both the opposition members and spectators including members from the building. After that the committee consisting of coalition members formed by Davelaar approved the credentials and the new parliamentarians went to the governor to be sworn in as such.

The opposition maintains this is all illegal and issued a public warning to Governor Lucille George-Wout not to cooperate with violating the country’s Constitution and Parliament’s Rules of Order.