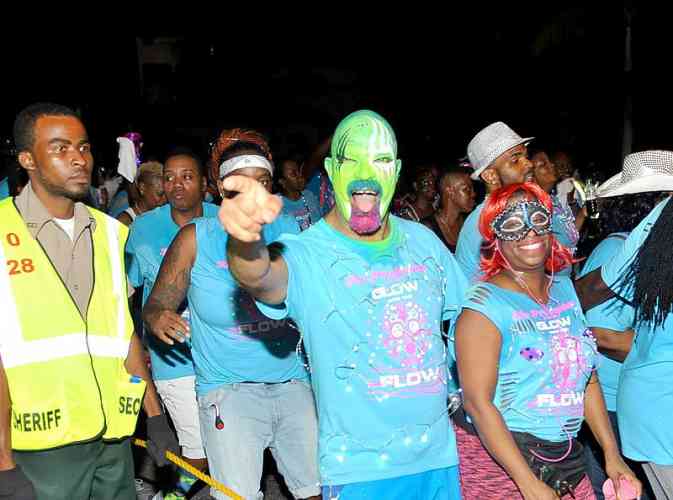 Participants during the 2017 lighted parade.

PHILIPSBURG–Rio Productions announced on Wednesday that the seventh annual Lighted Parade, which is scheduled to take place on April 7, will be postponed until later this calendar year.

The Carnival organisation said the majority of sponsors, main suppliers, contributors and important stakeholders were directly affected by the devastation caused by the passing of Hurricane Irma and forced to prioritise their resources to rebuilding of their respective businesses. While they remain fully committed to continue to give their support to Rio Productions in organising the Lighted Parade, the current date of April 7 is not achievable.

Rio Productions President Brenda Wathey said, “We realize the important contribution that is made by the Lighted Parade towards the calendar of events for St. Maarten Carnival. That notwithstanding, it is better for us to do it right and deliver a parade to the expectations that the revellers have come to know and expect!

“Rio Productions’ Lighted Parade has set the bar quite high and as a result it is better to delay the parade temporarily and maintain its quality. While we understand that this may cause some disappointment to the revellers, it will give us all something to look forward to in an otherwise quiet period of the year where there are fewer events going on in St. Maarten.

“Rio Productions apologises for any inconvenience the postponement may have caused. However, we will use this time to start to plan and execute a parade that our participants have grown used to. The exact date for the Lighted Parade is not yet confirmed. However, once this is set the public will be made aware.”