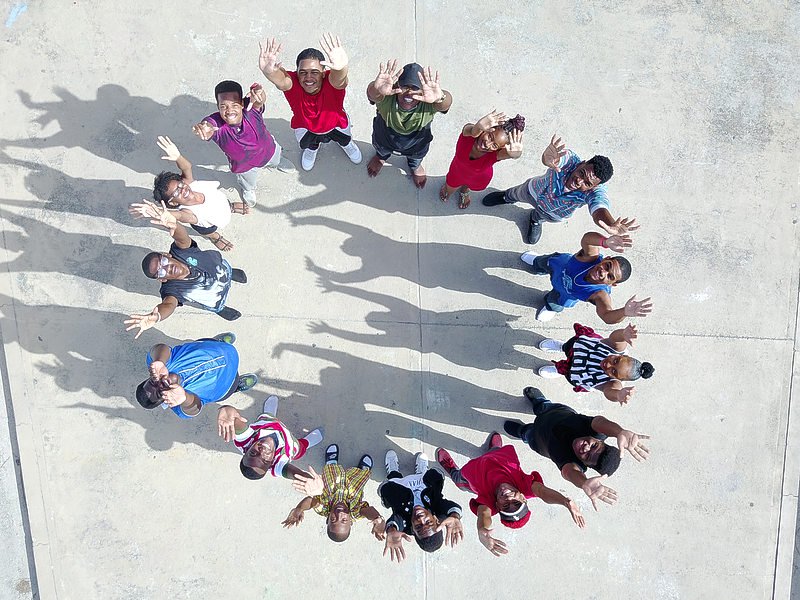 There’s no stopping youth talent when it comes to the staging of this year’s TelCell Breakthrough youth talent search under the theme #STAND.

PHILIPSBURG–Organisers of TelCell’s annual Breakthrough talent search are taking their own “#STAND” on behalf of youth entertainment in St. Maarten. Encouraged by sponsors, well-wishers and by the TelCell Breakthrough contestants themselves, organisers say that despite the ravages of Hurricane Irma and Hurricane Maria, there will be a Breakthrough show this year after all.

The show could not take place on September 30 as planned because of the passage of the two hurricanes and it was all but cancelled for the rest of the year because of the damage caused to the show’s usual venue, Theatre Royale at Maho.

However, show organisers pooled their resources and came up with a new venue and are now planning to turn their fifth anniversary show into a post-Irma/Maria benefit show to not only entertain the public, but also to raise their spirits after two of the most devastating natural disasters to hit the island.

“We have changed the entire theme of this year’s show from pure entertainment to a strong message of community engagement and rebuilding of our island and the part young people can also play in that,” said co-coordinator of the show Angel Richardson.

She said TelCell Breakthrough 2017 will now take place on December 2 and the new venue will be the Harbour complex. Best news: the price of seeing the show has been cut by half from US $10 to $5 as a further gesture to the community so that as many people as possible can attend.

“Many large and important shows have been held at the Harbour in the past, so it can more than accommodate our show in an open-air setting,” said Richardson, who is also very excited about the theme of the show: “#STAND”

She explained that the TelCell Breakthrough youths themselves had come up with the hashtag name to signify the stand they are taking for their beloved island – in this case, a stand against sitting back and being depressed, but letting loose with the fun and excitement of an entertaining show.

“When the youngsters suggested “#STAND” we just said, “Yes, let’s run with it,” and it’s already getting the imagination of their peers online,” continued Richardson.

She said one of the most instrumental groups in convincing the organisers to continue with the show was in fact the contestants themselves who had been practicing their acts for the best part of two months before the storms struck.

“They were very disappointed that they would not be able to show what they could do and they really wanted to continue in any format possible to give a lift to the community,” said Angel.

She said the youths’ enthusiasm was also matched by the show’s group of dedicated sponsors and by new sponsors who have since come on board, because they also believe such a show is important for the St. Maarten community at this time.

“We really want to thank all of our sponsors and well-wishers in the community who have been very supportive and have encouraged us to keep the show for this year. We have promised them that we will be sparing nothing in terms of the quality that they have come to expect from us,” said Richardson.

She also thanked National Institute of the Arts (NIA) for working with the youths these past two months so that they can perfect their performances.

She said 18 of the original 22 performers will be on stage on the night, as four of the previously-named contestants have left the island and will not be back in time.

The performing categories this year will once again be Vocals, Musical Instruments, Rap, Spoken Word and Dance (Urban and Technique).