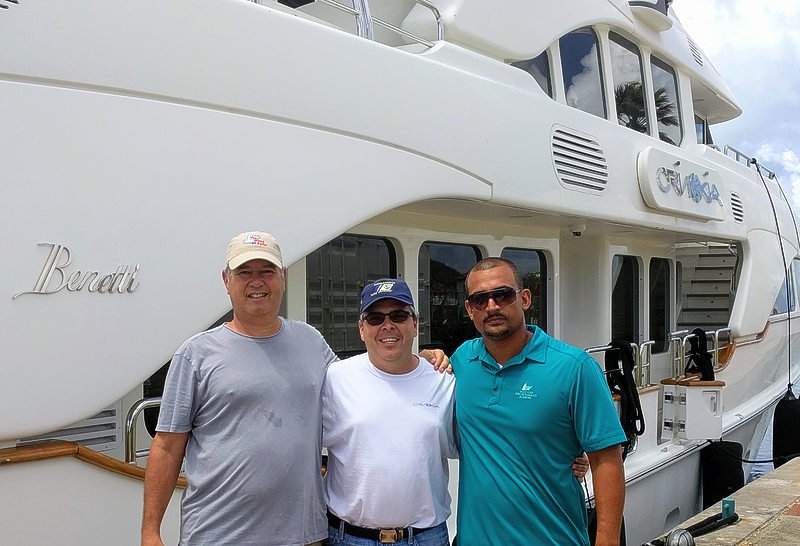 Orinokia had taken shelter in St. Lucia, but decided to return here as soon as it was safe to do so.

In a press statement issued by St. Maarten Hospitality and Trade Association (SHTA), Captain Simon Uzcategui said the yacht owner and crew wanted to return to St. Maarten as quickly as possible to express their support and commitment to the destination, their primary Caribbean base.

General maintenance issues the yacht needs to tend to are best carried out by St. Maarten companies such as Electec, The Wired Sailor and Necol, said Uzcategui. These companies offer “better quality services than other destinations in the region, even considering the damage they themselves suffered from the hurricane.”

Orinokia will re-fuel and re-provision here, helping those businesses to get back on their feet in this difficult time.

Yacht Club at Port de Plaisance staff and Simpson Bay Lagoon Authority (SLAC) bridge tenders have worked hard in recent days to clear up the channel for Orinokia to re-enter the marina.

Marina General Manager and St. Maarten Marine Trades Association Vice-President Jesse Peterson said the clean-up and repair operations are continuing and the marina expects to be open for business and welcome yachts in early November.