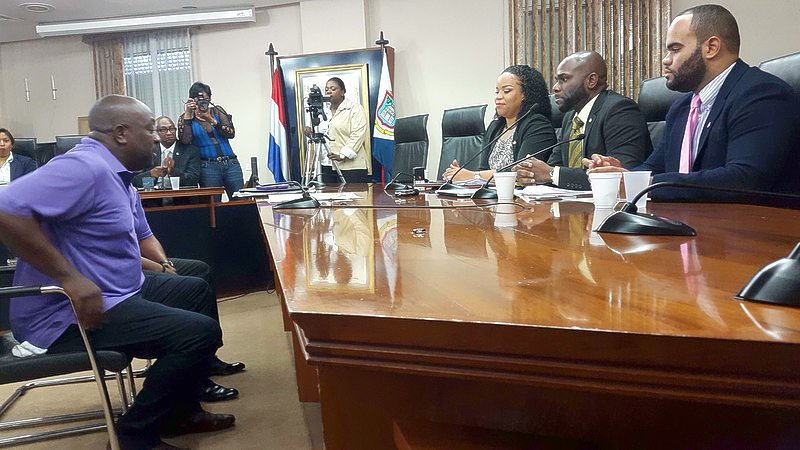 The party submitted a list of seven candidates to the Main Voting Bureau this morning.
Priest is followed on the list by six other men – Leroy Vlaun, Elton Jones, Pablo Hanson, Denissen Philips, Rudolf Rogers and Joslin Richardson.
Priest said after handing in the list OSPP has one seat and is working on the second one.
The parties now in government and those there before were challenged by Priest “to bring their report card to the people.” OSPP has submitted multiple proposals for betterment of the country to present and past governments, but none have yet been taken up, said Priest.
He is confident the list will get the endorsement of 146 voters tomorrow, Tuesday. As a party without representation in Parliament, OSPP needs the signatures reflecting one percent of the eligible ballots cast in the 2014 parliamentary elections.