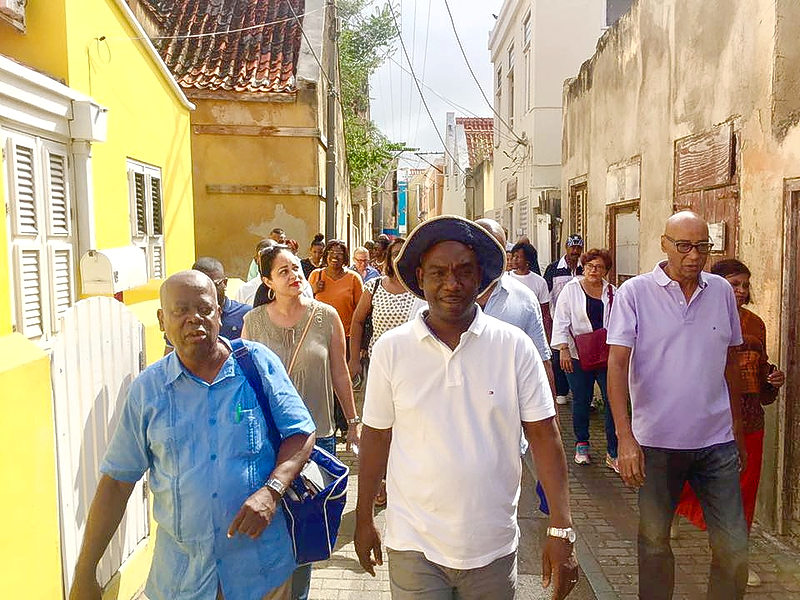 WILLEMSTAD–“Federashon Otrobanda” (FO) invited Curaçao’s new coalition parties PAR, MAN and PIN to an informative and interactive tour of the eight neighbourhoods that make up the district in that side of Willemstad last Saturday.

Each neighbourhood committee had the opportunity to present their challenges to the incoming government that took office on Monday.

One of the main issues is crime, as residents of the various areas don’t feel secure because of the increase in criminal activities in their surroundings. Especially the elderly choose to lock their doors during the late afternoon as a preventive measure.

During the tour invitees noted that trash was deliberately dumped in various locations, creating a very unhygienic situation.

The committees representing Kortijn and Ser’i Domi also indicated that they are experiencing difficulties with social problems like poverty, isolation of the elderly and school dropouts.

Regarding infrastructure, it is already known that several abandoned houses in Otrobanda are in bad shape and the federation is asking the new government for their attention in this matter.

The PAR-fraction in Parliament said it recognises the efforts of the Federation and all the affiliated organisations that are working hard to bring Otrobanda to a high level of development. “Where it is necessary, the new government together with Parliament will have to adopt or adapt laws to help these efforts reach their concrete goals, both on the short and long term,” stated the party’s press release.

The fraction says it will give content to the requests made by the Federation.