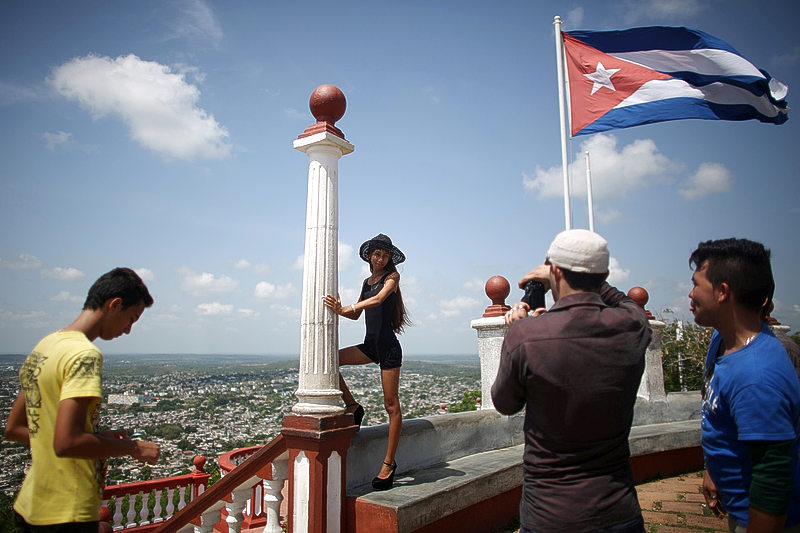 HOLGUIN/SANTA CLARA, Cuba–U.S. visitors and their dollars are flooding into Havana as airlines and hotels take advantage of the thaw in relations between the Cold War antagonists, but in the provinces outside the Cuban capital, the promised tourism boom is more rumor than fact.

“We see little results here,” said Ubaldo Diaz, who runs a bed and breakfast in the eastern Cuban city of Holguin. Diaz said he used all his savings to spruce up his house so he could rent out two rooms to tourists visiting Cuba’s fourth-largest city.
“I’ve had guests from all over the world but none from the United States so far. If we did have more U.S. tourists, I could probably rent rooms easier,” Diaz said in a recent interview.
The numbers of U.S. travelers to Cuba are growing, but from a low level compared to other Caribbean destinations. U.S. law still bans Americans from going to Cuba as ordinary tourists, although for years there have been exceptions for Cuban-Americans visiting family, or for people on educational or cultural visits, for example. U.S. President Barack Obama has made it easier for travelers in those categories to visit since he and Cuban President Raul Castro agreed to start restoring relations in December 2014.
The number of U.S. tourists to the Communist-ruled island shot up 77 percent to 161,233 in 2015 from the previous year, with visitors rising again this year, the Cuban government has said. New scheduled flights from the United States to Cuba that started on Aug. 31 are expected to help. Before those services, air travel between the United States and Cuba was by chartered flights.
Still, the numbers of U.S. visitors to Cuba pale in comparison with travel to the Dominican Republic and Jamaica, which received 2.0 million and 1.3 million U.S. tourists, respectively, last year, according to the Caribbean Tourism Organization.
So far, much of the increase has been centered on Havana, mainly because Americans are still banned from beach vacations, boosting the capital’s economy. Other than Cuban-Americans visiting family, few U.S. citizens have set foot recently in distant provinces.
“If a tourist visa for Americans were legal, of course it would be better,” said Tamara Morales Sierra, director of the office of tourist information in Villa Clara, a central province where JetBlue Airways Corp re-started U.S.-Cuba scheduled service last week.
The provincial capital, Santa Clara, is known for a mausoleum to Ernesto “Che” Guevara, one of the leaders of the 1959 Cuban Revolution that heralded long years of hostile ties with Washington. An American Airlines Group Inc flight landed in Holguin from Miami on Wednesday. “The new flights don’t change that situation,” she said.
Miriam Trimiño Velasco, who works at hotel and restaurant La Casona Jover in Santa Clara, said the new air service “gives us more possibilities. More people come, and we have a better business.” Ten Americans ate at the restaurant the day of the first commercial flight, she said.
And in the picturesque seaside town of Gibara, north of Holguin, authorities advised local businesses to prepare for an influx of U.S travelers, said Yanelis Morales Marino, who runs a bed and breakfast there. New hotels and guesthouses were opening up with this expectation, she said, so much so that there was an overcapacity of rooms, and business had been weak in recent months.
Sitting in one of the wooden rocking chairs typical of the region, in the shaded courtyard of her colonial house, she said, “We are all waiting for the arrival of the Americans.”