Home Local News Over 100 vehicles washed, barbecue sold out for Firefighters fundraiser | THE... 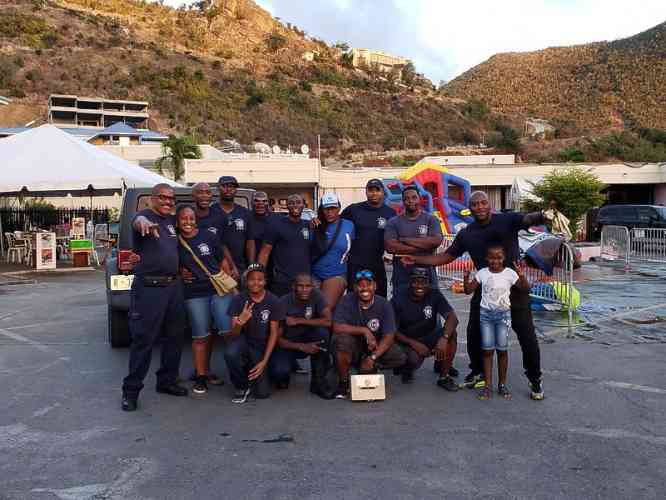 Firefighters and Motorworld Marketing Management Consultant Jacqueline Louis pose for a group photo during the event.

A scene during the Firefighters Foundation Car Wash and barbecue on Saturday.

A section of the vehicles at the event.

Motorworld staffers during the event.

Foundation President Glen Macnack told The Daily Herald on Sunday the event had been a success. He said quite a number of Sports Utility Vehicles (SUVs) were taken in to be washed at the event. The barbecue was also a big hit and all the barbecue prepared had been sold out. In fact, the foundation went well beyond the 5:00pm scheduled closing time of the event and had to get more chicken to provide for customers who showed up late and wanted to support the event. The event was held in aid of Philipsburg Jubilee Library.

The foundation was able to hold the event thanks to the support of sponsors, including the Motorworld Group, which sponsored car care products, as well as funds to assist the foundation in its annual events. Approximately 12 staff members were re-shifted from their regular work duties to go into the community and assist. “A few also went above and beyond and stayed all day to volunteer,” Motorworld Marketing Management Consultant Jacqueline Louis said on Sunday.

Financial support was also provided for the Firemen’s Ball, as well as towards a fundraising vehicle raffle, which will be announced later. “Motorworld, a dedicated community partner, has forged a partnership with St. Maarten Firefighters Foundation in support of all of their annual efforts, which go above and beyond the regular call of duty,” Louis said.