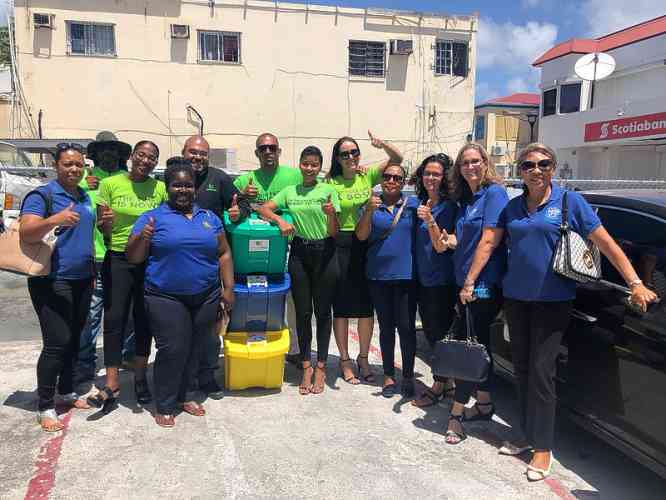 GreenBox team with teachers from the Catholic schools during the presentation of the boxes placed at classrooms for students to begin recycling.

PHILIPSBURG–Over 2,000 students and teachers across seven Catholic elementary and high schools will start the school year with recycling on campus. The goal of this project is to promote in-classroom sorting and separation and get children involved and aware, at an early age, of the concept of recycling. GreenBox launched this project in partnership with Meadowlands B.V. as a pro-bono and pilot project, one of many more projects to come, according to the group on Sunday.

Some 80 classrooms will be equipped with the three individual sorting bins for plastic; paper and cardboard; and cans and glass. Once these bins are full, they will be emptied into the central recycling bin on the school premises, which will have the identical division.

GreenBox was created in March this year after winning the “Do Tank” event at the SXM Build Back Better Week. The idea behind GreenBox was to create a digital platform and community to be able to reward individuals for recycling, with the goal to encourage more people to recycle and reduce the amount of waste that ends up in our landfill.

Since winning, the GreenBox team has been working to make this concept a reality. Until the digital platform is officially launched, GreenBox decided to create a similar rewards programme by doing this pilot project to introduce recycling in schools.

“There have been a lot of obstacles. The most obvious challenge was the lack of a proper recycling infrastructure on the Dutch side of the island. With no recycling bins and no recycling or sorting facility, GreenBox needed to explore the options of strategic partners in order to create this infrastructure,” the GreenBox team stated.

Meadowlands partnered with GreenBox because of its main objectives and vision for the island. “Being in the waste management industry for so many years, Meadowlands’ main objective is to continue to keep our environment clean by providing the best collection and disposal service and developing a more organised waste management infrastructure on St. Maarten,” stated Meadowlands Managing Director Gregory Richardson.

GreenBox and Meadowlands along with a consultancy agency will ensure that recyclable items, once picked up and sorted at a local facility, will ultimately be prepped and shipped off-island to global repurposing facilities to be processed and re-used.

GreenBox thanks its corporate sponsors who supported this project from its inception. ORCO Bank donated all in-classroom bins for this project. Safe Cargo, Print Express, Yacht Club at Port de Plaisance Marina and MLGC trucking also donated their resources for this project.

“It is so nice to be able to cooperate with an organisation that is focused on something as important as the environment and contributing to the wellbeing and health of our children, general population and future generations,” Catholic School Board Director, Dr. Marlon Halley said.

GreenBox will keep the public involved on the official launch date of Phase 3, which will include recycling and rewards for all households on St. Maarten. 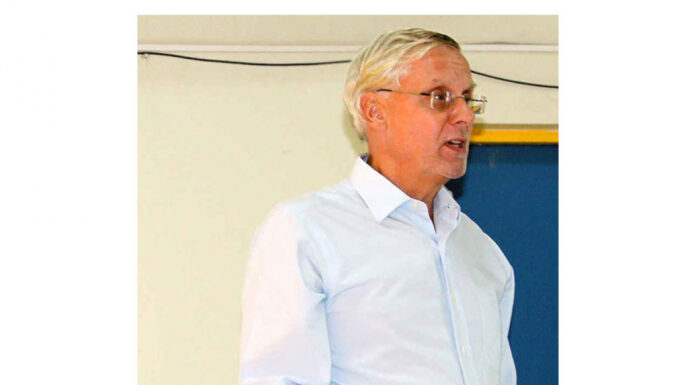 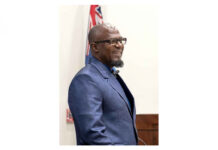 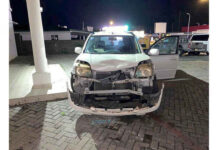