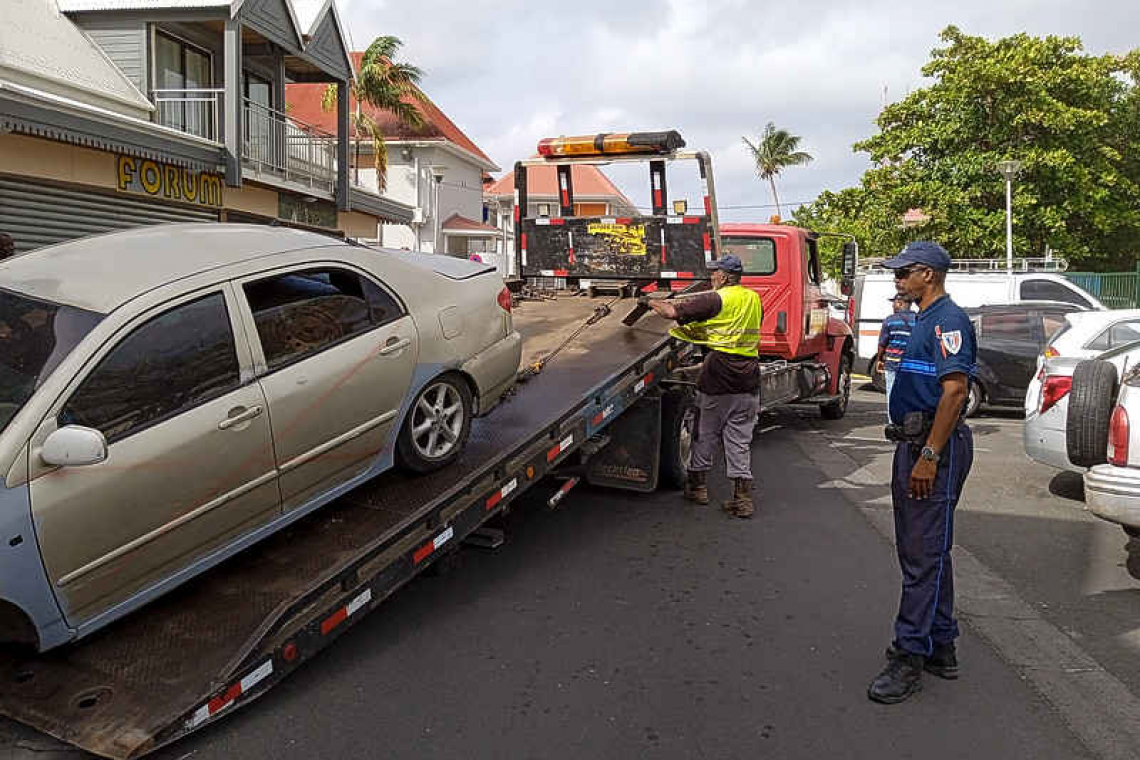 An abandoned car is removed in Marigot under Territorial Police supervision. Some 900 abandoned car wrecks have been removed from the public domain in recent months. Story on page .

MARIGOT–The Environment Department said some 900 abandoned car wrecks have been removed from the public domain by the Territorial Police in recent months; 58 of them between July 20 and July 30.

Territorial decrees were issued for this purpose by the President of the Collectivité to authorise removal of car wrecks located on illegally occupied public land near the Grand Case airport.
The objective of this large-scale operation organised by the Collectivité is to clean up the public domain during the campaign launched on July 8 under the authority of Vice-President Bernadette Davis and the environmental department, but also to secure the territory before the peak of the hurricane season which begins mid-August.
In general, the Collectivité has proceeded with removal of car wrecks in all sectors of St. Martin from Oyster Pond to Sandy Ground, Baie Nettle, and recently Concordia, Marigot, St. James, Agrément and Galisbay.
This action will continue in the next few days in Friar’s Bay, Colombier, Rambaud, Grand Case and Cul-de-Sac. A similar operation is also scheduled in French Quarter next week.
The Collectivité continues its actions of cleaning and beautification of the territory before the peak of the hurricane season, but also to prepare for the tourist season which starts in November/December.
For any request for removal of a car wreck contact the Environment Department at This email address is being protected from spambots. You need JavaScript enabled to view it.

MPC and Sundial teachers brush up skills in digital tech training | THE DAILY...

August 8, 2022
0
Teachers at work in workshop on Jamboard and Advanced Excel.EBENEZER--A hundred teachers of Milton Peters College (MPC) and Sundial School received an update on... 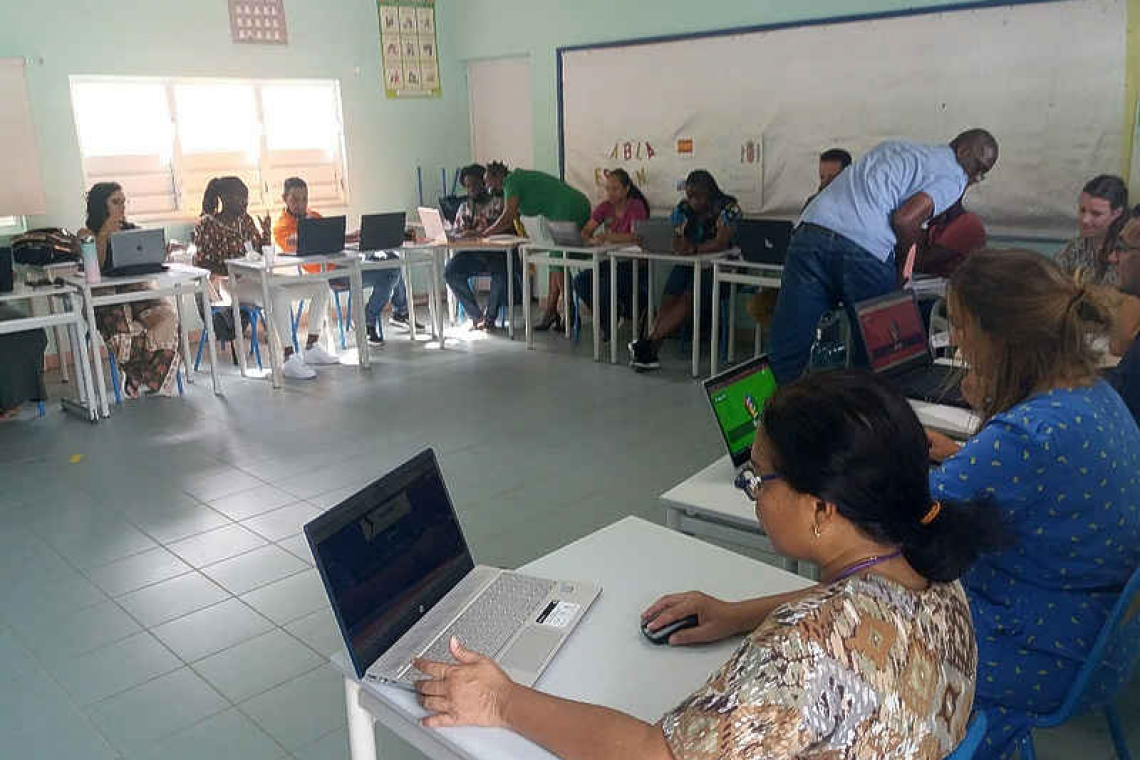 August 8, 2022
0
Teachers at work in workshop on Jamboard and Advanced Excel.EBENEZER--A hundred teachers of Milton Peters College (MPC) and Sundial School received an update on...