Home Local News Over NAf. 1.3 million in subsidy cuts for FAVE | THE DAILY... 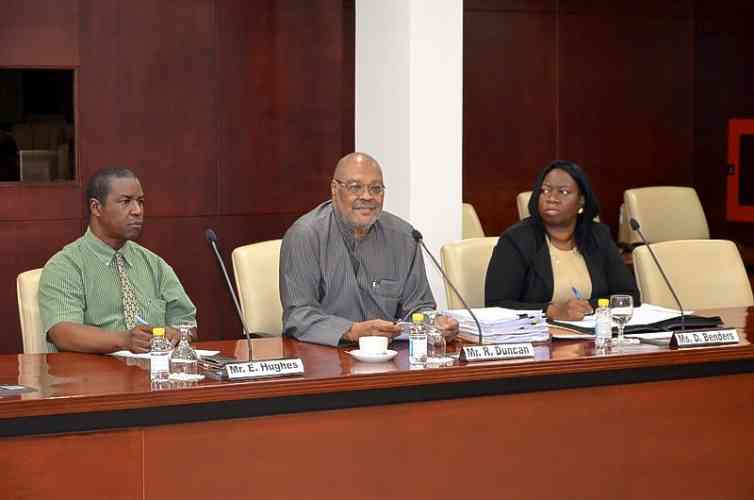 PHILIPSBURG–Foundation for Academic and Vocational Education (FAVE) Chairperson Roland Duncan said in the parliament Committee of Education, Culture, Youth and Sports Affairs (ECYS) meeting on Thursday morning that the foundation has received subsidy cuts of more than NAf. 1.3 million.

Duncan spoke to the members of the committee addressing the financial restrictions imposed on FAVE due to recent subsidy cuts by the ECYS Ministry.

Duncan said the financial problems in terms of the subsidy received by the FAVE board started in December 2018 with the establishing of a ministerial decree by then-minister of ECYS Wycliffe Smith. He said the board had never been formally informed by government of the reduction in subsidy for its schools. The changes were not noticed by the board until the 2019 funds were received.

Duncan said the board had met with the Minster in March in hopes of getting answers for the subsidy decrease, but did not receive an answer. After that meeting Duncan and St. Maarten Academy manager Tallulah Baly-Vanterpool met with the Department of Education head, where they received a formal notification of the decision for the subsidy cuts. Duncan noted that this was in May, several months after the reduction already had been made.

The board received its subsidy for 2019-2020 earlier this week, Duncan said, with an additional NAf. 400,000 reduction compared to what was received for the 2018-2019 school year. He noted that this added up to more than NAf. 1.3 million reduction in its schools’ subsidy.

Duncan said the board is currently two months behind on several payments, such as salary taxes, social security premiums and General Pension Fund APS. This comes as a result of ensuring the payment of teachers’ vacation pay.

Due to the financial constraints, the board had to take cost-reducing measures and this included reducing its staff. Duncan clarified in his presentation that no school staff members were fired, but let go via other means. Contracts of staff that ended in July at the end of the school year were not renewed, and he said local residents had received preference when the final choice had to be made and teachers of pension age were sent on pension.

He noted that these were very difficult decisions for the board to make, as they meant the loss of many experienced teachers for the schools.

And lastly, he disclosed that many teachers had chosen to resign and seek employment elsewhere. Duncan said this came up to about 40 persons, with close to 100 staff members remaining.

However, Duncan said more cuts may be necessary. He said that with the most recent subsidy cut received by FAVE for the 2019-2020 school year, the board may have to make additional cuts.

Duncan believes that part of the problem is the government’s way of calculating the required subsidy for the schools. “The government’s theory in subsidy is that it’s a lump sum calculated per student,” he said.

According to Duncan, the Academy PSVE school has a different cost structure when compared to the academic school. “Teachers at PSVE earn less than their colleagues at the academic section,” he said. He stressed that the cost per student is different per school and that this has not been taken into consideration by government.

During the presentation the board said it had consulted with BDO St. Maarten to conduct an operational audit of the schools. The board has been working together with the firm since 2018 and hopes to complete a compiled statement by this Friday.

In response to the reported plans to increase the school fee for the 2019-2020 school year, Duncan said the board has not taken a decision to raise the school fees, but argues for the right to do so. The current school fees are NAf. 900 for the academic school and NAf. 800 for the PSVE school. “The board needs to establish the operational costs and then decide where they need to complement this,” he said.

Duncan announced during the meeting that the board will be going to court to appeal the decision of then minister Smith with regard to the ministerial decree for the 2018-2019 subsidy and the board will be objecting to the new ministerial decree for the 2019-2020 subsidy. He added that the law on secondary education says the subsidy has to be sufficient to cover salaries and the operation of the school.

In the question-and-answer session, Member of Parliament (MP) Solange Ludmilla Duncan asked Duncan whether the board was interested in partnering with other schools to propose a new funding model.

Duncan said, “Yes,” but he is under the impression that government does not listen to the schools. He added that he foresees a disagreement during the audit discussion with government. “We will not agree to have the rules and regulations of VVO and HAVO imposed on a CXC school,” he said.

He noted that there is now the Methodist Agogic Centre (MAC) Comprehensive Secondary School. In the past, MAC pupils would streamline into the Academy schools, but this has all but discontinued as MAC now has its own high school.

He also mentioned Charlotte Brookson Academy as another competition.

Duncan concluded by restating that the board will be filing a court case against the ministerial decree imposed on the board earlier this year.