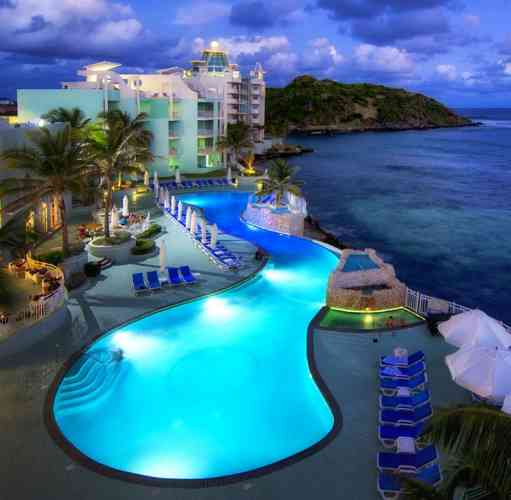 PHILIPSBURG–Workers Institute for Organised Labour (WIFOL) won rights to represent workers in the Food and Beverage Department at Oyster Bay Beach Resort during a referendum held at the establishment on Wednesday.

The adding of the Food and Beverage Department under the union’s fold, represents an expansion of WIFOL’s representation at the Resort. WIFOL already represents workers at the Resort’s Operations Department, which includes the Housekeeping Department, Front Desk, Maintenance, Landscaping and Pool Attendants – totalling approximately 100 workers.

Of the 21 permanent workers in the Food and Beverage Department, a total of 18 showed up for the referendum and all18 voted in favour of the union representing them. Thompson said following Hurricane Irma in September 2017, workers, who were already represented by the union, encountered some challenges with management and WIFOL took the resort to court and won in favour of the workers. Food and Beverage workers, who were not represented by the union at the time, did not receive the benefits as their counterparts and these workers “felt deprived of their rights and benefits” and subsequently decided to seek union representation to not be left out in the future.

Labour Department mediator for referendums Marcellina Loblack and a legal advisor for the Labour Department oversaw the referendum. Thompson said the union will now engage in further consultations with its new members and formulate their own Collective Labour Agreement (CLA). “As long as employees don’t have a CLA in place, their individual contract is the only binding agreement between them and their employer,” Thompson said. “And individual CLAs are dictated by the employer. With a CLA, workers can participate in the negotiation process to determine their wages and benefits and other rights they are entitled to which management would not normally give them.”

Thompson said with other referendums in the making, it is important that there is an awakening of workers that they need representation, especially after the effects that Hurricane Irma had on workers “with no help from government.” He said WIFOL has been working closely with St. Maarten Red Cross and other Non-Governmental Organisations (NGOs) to assist workers. “WIFOL is not just on job sites, we are also assisting workers to recover and regroup from the catastrophe caused by the hurricane.”

He said at a later date, workers will be able to visit the union to collect food stuff and clothing donated by NGOs. He said as long as the union has these items, they will be distributed. Businesses that are interested in assisting can feel free to drop off items at the union’s office located on Walter Nisbeth Road (Pondfill) and these will be distributed to workers, the union president said.