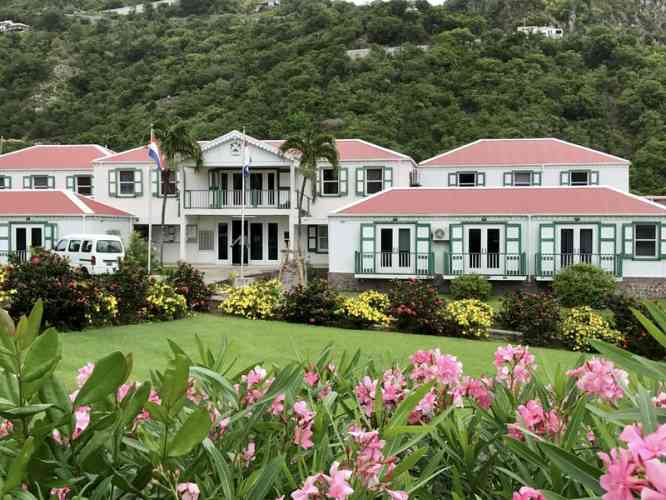 THE HAGUE–Member of the Second Chamber of the Dutch Parliament Nevin Özütok of the green left party GroenLinks wants to know why the Caribbean Netherlands Health Insurance Office ZVK neglected to inform the Saba government about two important changes in policy regarding the transportation of patients.

Irked by this news, communicated by the Public Entity Saba last week Wednesday, Özütok on Tuesday submitted a series of written questions to State Secretary of Home Affairs and Kingdom Relations Raymond Knops.

The Member of Parliament (MP) wanted to know why exactly, the Public Entity was not informed beforehand about the unilateral decisions by ZVK to have Saba patients also transported to St. Maarten on SXM Airways three days per week, in addition to Winair, and to restrict the use of Accessible Ventures for on-land transportation of patients on Saba.

“Do you agree with me that especially when representing the interest of small communities such as the ones in the Caribbean Netherlands, local governments need to be informed and involved with extra care about the decisions that are to be made?” In Özütok’s opinion, this didn’t seem to have happened, and that is why she decided to pose questions.

Özütok asked the state secretary to share his view on the handling of the ZVK towards the Public Entity Saba. “Do you agree with me that the handling by the ZVK can be qualified as uncareful since Saba was only informed after the implementation of the new policy? Is it correct that ZVK only informed the Saba people through a press release after the complaints of the Public Entity Saba?”

The MP wanted to know whether the state secretary agreed that the local government and the Saba people should have been better informed about the changes in the policy regarding patient transportation.

The MP suggested to the state secretary to adapt the communication policy of the Caribbean Netherlands National Government Service RCN so from now on it becomes standard practice to inform and involve local governments in decision-making that affects residents of the three public entities. She asked Knops whether he was willing to take measures.