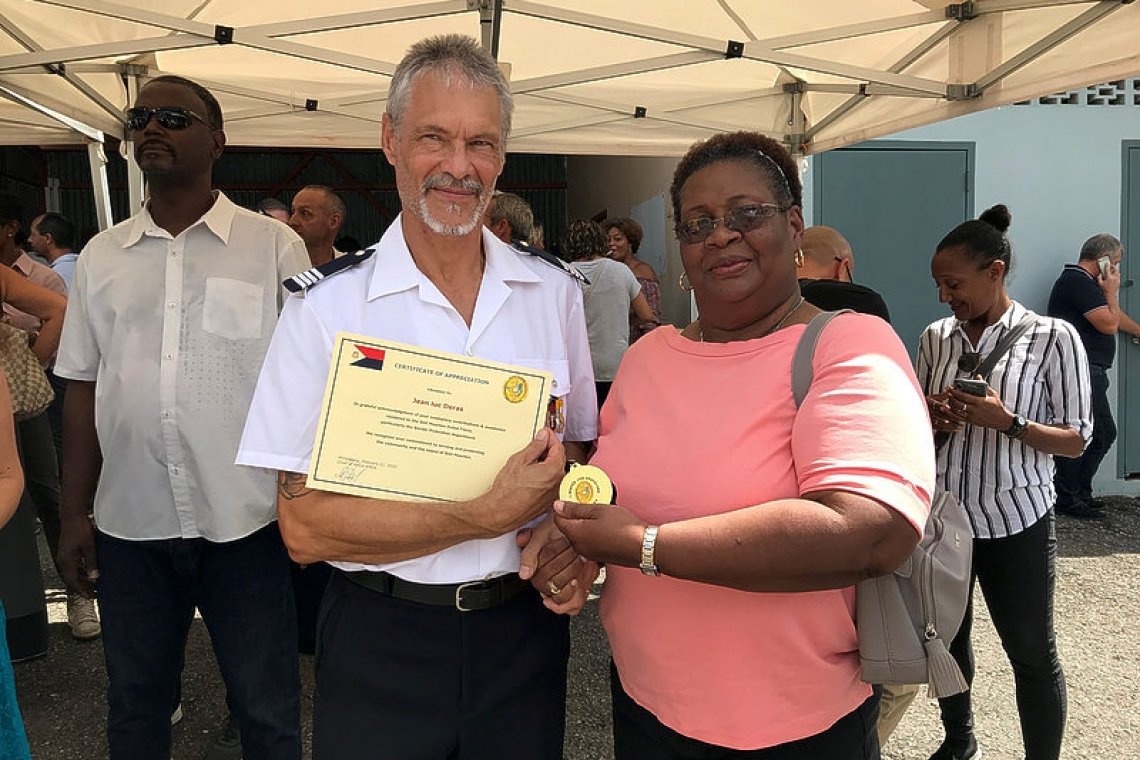 MARIGOT–A farewell ceremony was held at the Police aux Frontières (PAF) headquarters in Marigot on Friday for the retirement of Commandant Jean-Luc Deras after a distinguished career in the force and five-year tour of duty in St. Martin.

Representatives of the respective immigration and border control departments, Gendarmerie, Coast Guard, anti-drug trafficking and law enforcement agencies of both sides of the island were present.

De Bermont recounted the highlights of Deras’ career path before personal tributes were made to him. Several remarked on his personal qualities that facilitated a smooth and cooperative working relationship among the departments on both sides of the island.

There were light-hearted moments when he was given a presentation box of his favourite rum and a Francis Eck painting.

Huntington recalled how Deras had assisted her over an immigration matter just after Hurricane Irma.

“It was about a woman who was illegal on the Dutch side but had two children born on the French side,” she explained. “The woman spent the hurricane in detention as we couldn’t get her back to her country, but I decided to ask Jean-Luc if he could help, and he facilitated the paperwork so she could obtain residency on the French side. We’ve always had a good daily working relationship with him and the PAF.”

Returning the compliments, Deras praised his “remarkable” colleagues, not only within PAF but other departments, for their dedication. He said finishing his career in St. Martin was an “absolute pleasure.”

“Together we’ve made cooperation better, but I hope it can go much further and I’m sure it will,” he said. “Thank you, it was a great experience working with you all and I hope my successor will work in the same spirit.”

Deras will divide his retirement with wife Patricia between France and Guadeloupe. His successor has not been named yet, but is expected to take up duties in May this year.