Home Local News Pandt remembered for his wit and directness 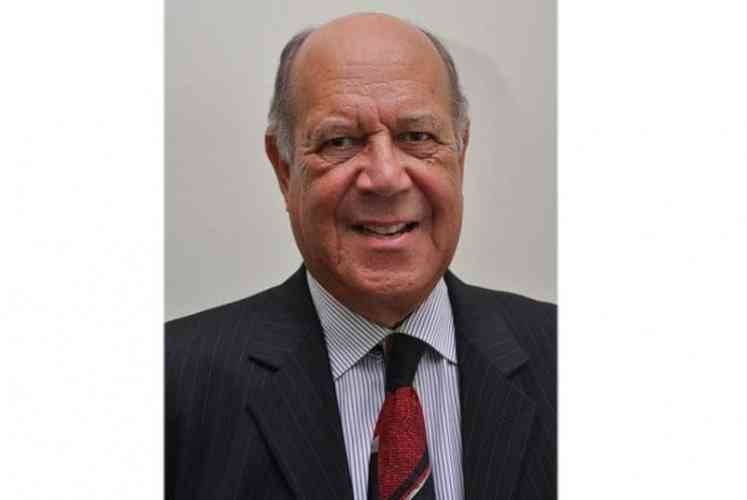 PHILIPSBURG–If the hereafter is indeed a place where angels play delightful classical music, the late Theodore Maxwell “Max” Pandt (78) would feel right at home. The late tax attorney and lover of classical music was stolen by death on Wednesday after a battle with lung cancer.

The Statia “boy” spent his career in the field he enjoyed – tax law. He did take some time out to serve a six-year term as Lt. Governor of the Windward Islands (St. Maarten, Saba and St. Eustatius) starting in 1975. He succeeded the late Reinier Oswald van Delden.

During that tenure, Pandt was also chairman of the Joint Windward Islands Island Council. That council comprised 15 Island Council members each from St. Maarten, St. Eustatius and Saba. The latter two islands at that time were governed by administrators, not Lt. Governors.

After his time as the queen’s representative, Pandt opened Fair Play International N.V., a tax consultancy in St. Maarten. He continued in this business until his health prevented him from going to the office.

Prior to his posting in St. Maarten, he had worked in Curaçao in the Tax Department of the then-Netherlands Antilles.

In the late 2000s, he served as the representative for his birthplace St. Eustatius on the Committee for Financial Supervision CFT of Bonaire, St. Eustatius and Saba. He resigned from the Committee in September 2012 after some three years. He also served Statia as its representative on the utilities company GEBE Foundation, a legal entity set up to oversee the division of GEBE shares and assets following the dismantling of the Netherlands Antilles.

Pandt, as a man who did not shy away from telling it as it is, was a member of the St. Maarten Tax Foundation Committee and was always readily available to give his view on prevailing fiscal matters in St. Maarten and the Dutch Caribbean in general.

Pandt served as a member of the administrative board of The Caribbean Herald N.V., the parent company of The Daily Herald.

Pandt was a “staunch Rotary man” for the majority of his life. He had served as president of the Rotary Club of St. Maarten.

His community-mindedness did not stay only within the realms of the Rotary Club. Pandt was a prominent supporter of the police’s 2011 “Stop, Drop and Go” Campaign aimed at getting firearms off the streets. He turned in a rifle used only once for hunting, an old police pistol and an 1895 revolver that had belonged to his grandfather.

Pandt was also a classical deejay on now defunct Radio Caribe in Curaçao in the early 1960s. Former St. Maarten Prime Minister Marcel Gumbs remembers meeting Pandt at the radio station when he took up the post of helper and technician. Gumbs told The Daily Herald, “He really loved classical music and would head to Puerto Rico or elsewhere when concerts were on.”

“Max was a fervent dancer at parties. … He was the life of the party,” Gumbs said.

Pandt, he recalled, nicknamed himself “Julius Caesar.” Asked why, Gumbs said with a chuckle, “Well, because he felt like Julius Caesar! He loved to say, ‘Don’t play de a**.’ … In my opinion, he is gone too soon.”

Long-time friend veteran politician and historian Will Johnson of Saba took to his blog The Saba Islander on learning of Pandt’s passing, to pay tribute on Thursday. He started reminiscing on their boyhood years together in Brakkeput, the Boys Town, in Curaçao where they had spent their teenage years.

“You always had to have one up on Max, as he would bring you down to a laughingstock if you did not have a comeback. Mine was ‘Man, Max, keep quiet, your ancestor Hendrik Pandt surrendered Statia to Admiral George Rodney. You are descended from a coward,’ and so it was back and forth,” wrote Johnson.

“In looking back at my association with that chubby little fellow from Statia, our friendship goes back to over 60 years. Our paths crossed many times in our careers in government,” Johnson said.

Attorney Roeland Zwanikken of BZSE Attorneys-at-Law scribed on his Facebook page that Pandt was “a special person” who liked to talk about politics: “If we didn’t agree on the action of the authorities he always said, ‘A bunch of a**holes, that’s it!’ Max, rest in peace. We’ll miss you.”

Pandt passed away in St. Maarten Medical Center (SMMC). He leaves to mourn his daughter and her family. Pandt lost his wife Irene several years ago in a tragic car accident on W.J.A. Nisbeth Road.