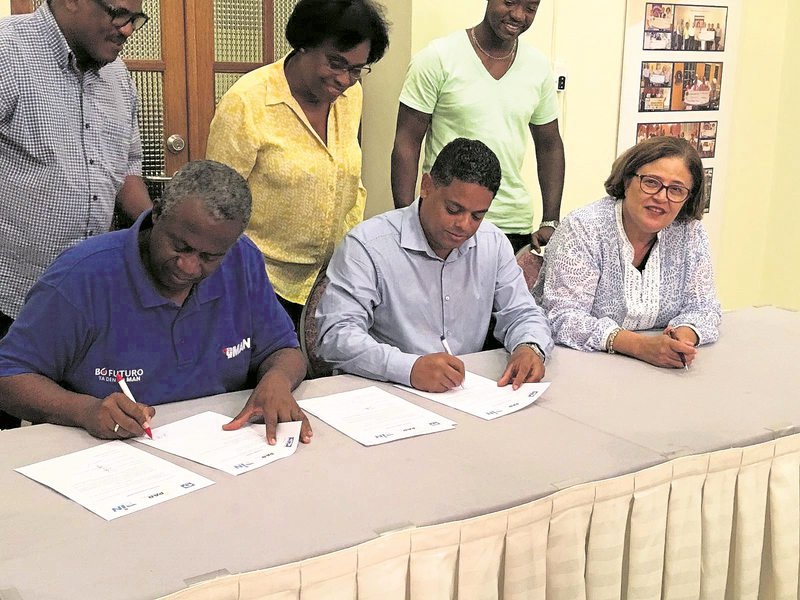 WILLEMSTAD–Monday night three political leaders signed an agreement for the formation of a new Government for Curaçao.

The parties that have agreed to work together are the winner of Friday’s elections with six seats PAR led by Eugene Rhuggenaath, MAN (five seats) led by Hensley Koeiman and the new party of former PNP-minister Suzanne Camelia-Römer PIN (one seat) for a 12-seat majority in the 21-seat Parliament.

A coalition between the three parties was obvious, given their cooperation in the past. They plan to be a “Government based on stability, integrity and order.”

As foreseen Rhuggenaath will be Curaçao’s next Prime Minister. The nine Ministers have also been divided, with PAR and MAN both getting four and PIN one.

PIN will get the Ministry of Health, Environment and Nature.

PAR will also nominate the President of Parliament and the plenipotentiary Minister in The Hague.