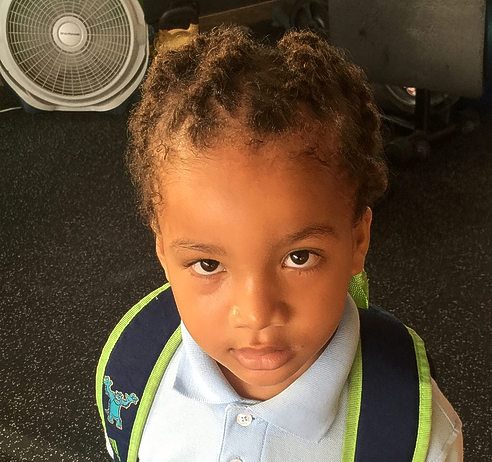 PHILIPSBURG–Representatives of Foundation Catholic Education St. Maarten (FCES) and the parents of young Rastafarian pupil Immanuel Marica squared off in Court on Friday morning. The four-year-old boy was expelled from Sister Regina Primary School in Simpson Bay, as the Foundation does not allow him to attend school because he is wearing his hair in locks.

His parents are of the Rastafarian faith and do not believe in cutting their children’s hair, because hair is considered a symbol of strength. Their son is currently not attending school.

FCES has the policy that all pupils’ hair, boys and girls alike, should be properly groomed. In the school’s rules it is emphatically stated that earrings, locks, braids, tails, body piercings, tattoos and head patterns are not allowed for boys. “All boys’ hair is expected to be groomed (cut short) regularly.”

The boy’s parents, who insist on their son being instructed in the Dutch language, claim that their son is being discriminated because of his religion and appearance, and that his rights to education are being trampled.

“Our hairdo is our faith and our identity. I accept the Catholic school’s faith, but I also find that you have to accept my son Immanuel Marica. Like every other child he has the right to be educated, regardless of his descent or faith,” his father wrote in a letter to the foundation in February.

Immanuel’s father Sergio Marica explained to the Court that his family specifically chose Sister Regina School, as it is the only Dutch-language school in the neighbourhood. “I’m born and raised in the Netherlands and I want my children to acquaint themselves with my heritage,” the father said during the procedures aimed at getting his child back in school.

FCES is quite adamant where the hairdo of boys is concerned. Immanuel’s hairstyle also was found unacceptable when his parents wanted to register their son for FCES’ Early Childhood Stimulation (ECS) programme. At that time they complied with the rules and cut their son’s hair and signed three agreements in registering their son at the school, including a handbook.

They ran into problems with the school once again on August 22, when they were informed during a meeting with FCES School Board President Marlon Halley, Executive Director of FCES Lilia Aventurin-Hodge, School Principal Santha Beaton and Inspector Mary Gittens informing them that their son’s hair had to be cut short and groomed.