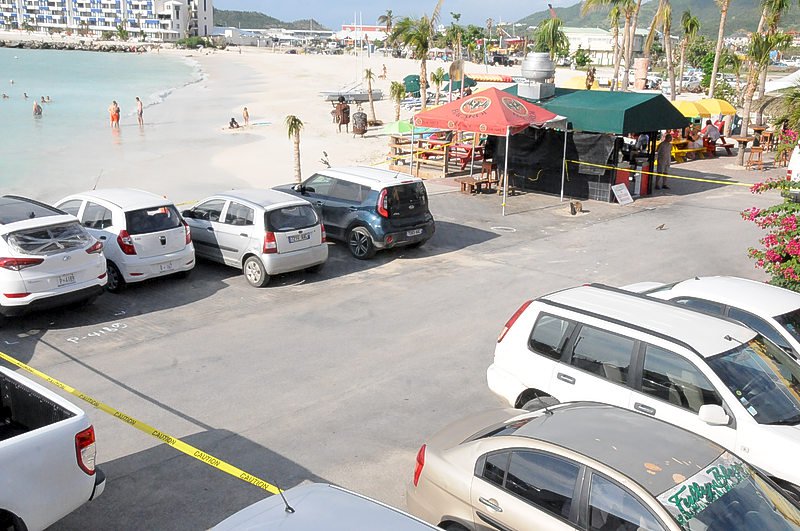 SIMPSON BAY–The Police Traffic Department is faced with an incident involving a toddler who died on Sunday afternoon as a result of a vehicle accident.

Initial reports indicate that a three-year-old-boy was in one of the restrooms of Buccaneer Beach Bar with one of his parents. For unknown reasons, the toddler when exiting the restroom ran towards a moving SUV reversing from the business’ parking lot, which is located next to the restrooms.
The driver ran over the child and did not notice until hearing screams from persons at the restaurant. Police and ambulance were called to assist and the toddler was transported to St. Maarten Medical Center for further treatment. Police spokesman Chief Inspector Ricardo Henson said late on Sunday that the child had passed away due to the extent of his injuries.
Police have officially started the investigation and will release details surrounding the incident as soon as they become available. The Daily Herald understands that the parents and child are visitors to the island. Buccaneer Beach Bar closed its doors for the remainder of Sunday to pay respects to the victim’s family.
Police had a similar situation on August 21, 2016, this time in front of Princess Juliana International Airport SXM when a bus ran over a three-year-old boy who died instantly. The bus driver did not see the child before noticing what had happened.
Police continue to advise the public to take special precautions on the streets and pay attention to their surroundings.