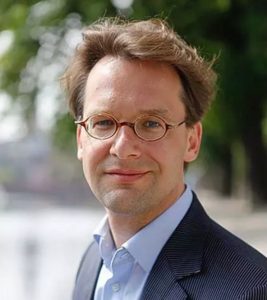 THE HAGUE–The Labour Party PvdA, Socialist Party (SP), the Christian Democratic Party CDA and the Democratic Party D66 in the Second Chamber of the Dutch Parliament have again called on the Dutch Government to tackle poverty in Bonaire, St. Eustatius and Saba, and to set a social minimum.

The parties did so during the plenary handling of the draft 2017 Kingdom Relations budget on Tuesday. They lauded the move of Minister of Home Affairs and Kingdom Relations Ronald Plasterk to make an additional one million euros available for deprived children in the Caribbean Netherlands, but urged the Minister to do more.

Member of Parliament (MP) Ronald van Raak (SP) reminded the Minister of the wish of the First and Second Chambers to set a social minimum for the islands to fight poverty. “Government refuses to execute this. I don’t get it. Why do we accept so much poverty? Everyone sees that the minimum wage is far too low to survive on. Why is it so hard to provide people with a decent income?”

Alexander Pechtold (D66) painted a grim picture of single moms with two jobs, elderly people who couldn’t make ends meet with their pension and children going to school hungry. “It is still the order of the day for many in the Caribbean Netherlands. We should be able to realise decent social welfare for these few thousand people,” he said.

MP Roelof van Laar (PvdA) stated that children growing up in poverty on the islands remained a source of concern. “Every child in our Kingdom has the right to sufficient food, a safe family, a good school and having fun.”

Van Laar called it positive that the Dutch Government took concrete steps to improve children’s rights together with the United Nations Children’s Fund UNICEF Nederland, that a Children’s Council was being established on the islands, and that a highly suitable children’s rights coordinator was working in Saba.

With the refusal of the Dutch Government to quadruple the children’s allowance (“kinderbijslag”), Van Laar made the suggestion to look into the implementing of a system to provide assistance to individual children, a so-called children’s bound budget (“kindgebonden budget”) which would specifically benefit children of poor families.

During the budget handling on Tuesday, Van Laar presented a booklet containing reactions of residents of the Caribbean Netherlands to Plasterk. Van Laar received these reactions and suggestions after he posted a request on Facebook asking residents to indicate in what way they felt that they were living in a foreign country while their island is part of the Netherlands.

Mustafa Amhaouch (CDA) made a case to create more economic development which would help to combat poverty. He contended that the islands needed solid infrastructure. However, the Dutch Government hasn’t made the necessary funds available to maintain the infrastructure projects that have been funded.

Amhaouch pointed out that the recycling plant in St. Eustatius hadn’t been in use for a year because there were no means for the exploitation. “The new waste bins have never been used. Airports have to comply with international safety norms, but here too, no exploitation funds.” He also remarked that there was a backlog in road maintenance.

Van Raak also brought up the promise to transfer more tasks to the Saba Government which has proven that it has its finances in order. “There are talks, but so far no concrete agreements. I would like to hear from the Minister how we can grant Saba more freedom and which tasks will be transferred to the local Government.”

The handling of the Kingdom Relations 2017 budget continues today, Thursday with the input of Minister Plasterk.